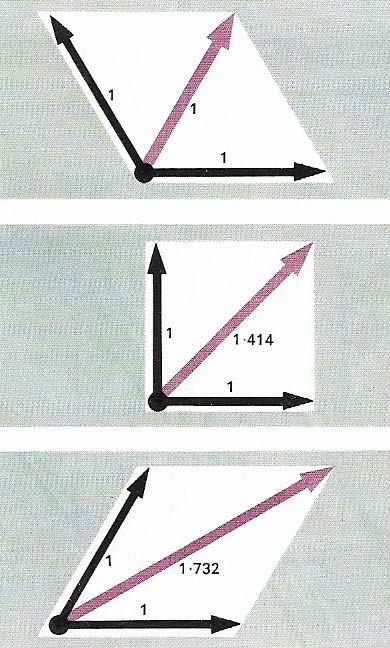 Parallelogram of forces. Two forces act simultaneously on an object in different directions. The resultant force, and the direction of any subsequent movement, is defined by the diagonal of a parallelogram whose sides are drawn parallel to the applied forces with lengths proportional to their magnitudes. This is an application of vector diagrams.

Special cases of a parallelogram are a rhombus, which has sides of equal length, a rectangle, which has two sets of parallel sides that are perpendicular to each other, and a square, which meets the conditions of both a rectangle and a rhombus.

A familiar application of it is to find the resultant velocity of an object, such as a boat, that is subject to a current acting in a different direction in the one in which it is trying to move.