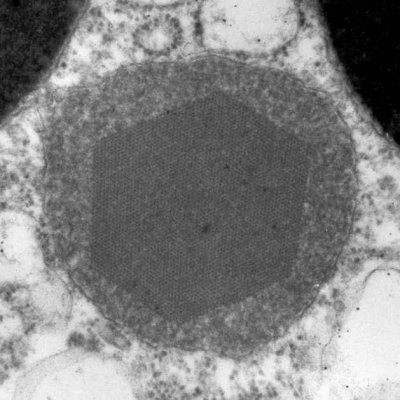 A peroxisome is a microbody, or small membrane-bounded organelle found in nearly all eukaryotic cells, which uses molecular oxygen to oxidize organic molecules. Peroxisomes contain enzymes that produce hydrogen peroxide and others that degrade hydrogen peroxide. They often have a crystalline structure within an amorphous matrix, as seen in the photo here.

Peroxisomes are self replicating. In mammals and other vertebrates they are particularly large and abundant in hepatocytes and cells of the tubular portions of nephrons.

Peroxisomes were discovered only in 1954, and their function was virtually unknown for over a decade. Today, they are known to be essential in many vital pathways, including: