Fig 1. Part of the nebular complex around Rho Ophiuchi. The region where hydrogen peroxide was found is circled. Credit: ESO. 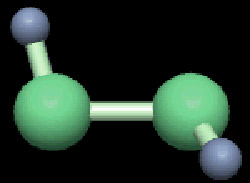 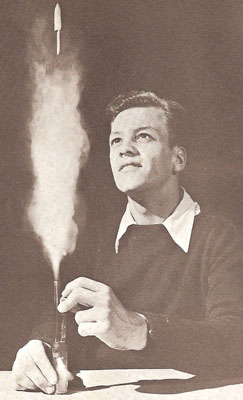 Hydrogen peroxide (H2O2) is a highly oxidizing compound of hydrogen and oxygen(see Figure 2). H2O2 is a syrupy, pale blue liquid – colorless in dilute solution – and caustic to the skin. Pure hydrogen peroxide is stable, but the slightest impurity will enhance decomposition, often violently, liberating oxygen. Concentrated solutions of hydrogen peroxide are highly corrosive and toxic.

Hydrogen peroxide is the parent compound of peroxides. It forms adducts, perhydrates, with some salts.

H2O2 is used as a bleach, disinfectant, and deodorizer. It is prepared by electrolytic oxidation of sulfuric acid and by methods involving reduction. In the atmosphere hydrogen peroxide plays a key role in the chemistry of water and ozone, and is also probably one of the oxidizers for sulfur dioxide in cloud water droplets that produces sulfuric acid, a major component in acid rain.