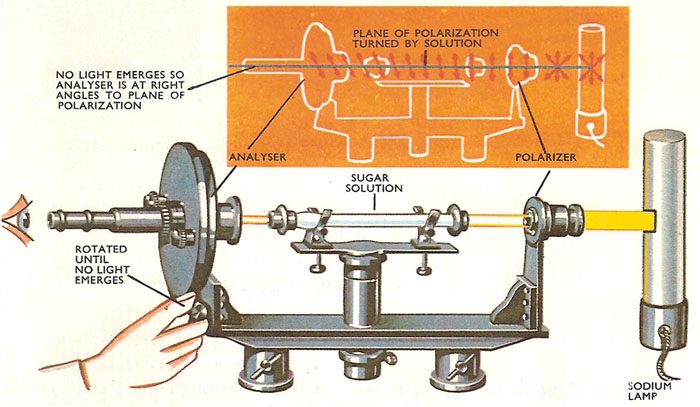 A polarimeter is an instrument that uses two Nicol prisms, one fixed (the polarizer) and one rotatable (the analyzer), with a sample between them, to measure optical activity and other aspects of polarization. It is used in chemical analysis (notably for measuring sugar concentrations), to study molecular configurations, and to study the strain in materials showing double refraction.

In 1811, the French astronomer François Arago invented a simpler device, known as a polariscope, which could determine whether or not light is polarized. Thirty years later, in 1841, he went on to invent the polarimeter by putting a glass slide, or pile of glass slides, in front of a polariscope and inclining the slide in order to determine the proportion of polarized light.