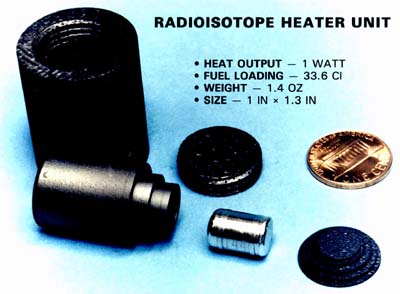 Each RHU provides about one watt of heat, derived from the decay of a few grams of a radioactive substance, such as plutonium 238-dioxide, contained in a platinum-rhodium alloy cladding. Heat is transferred to spacecraft structures, systems, and instruments directly without moving parts or intervening electronic components.