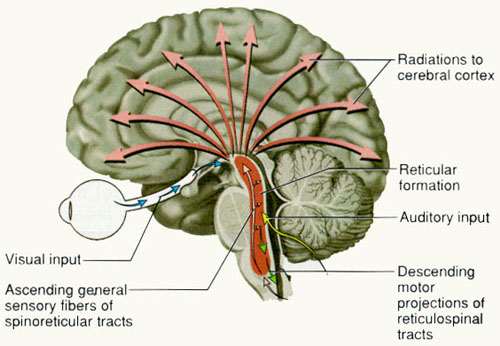 The reticular formation is a network of nerve pathways and nuclei throughout the brainstem, connecting motor nerves and sensory nerve to and from the spinal cord, the cerebellum, and the cerebrum. It is estimated that a single neuron in this network may have synapses with as many as 25,000 other neurons.