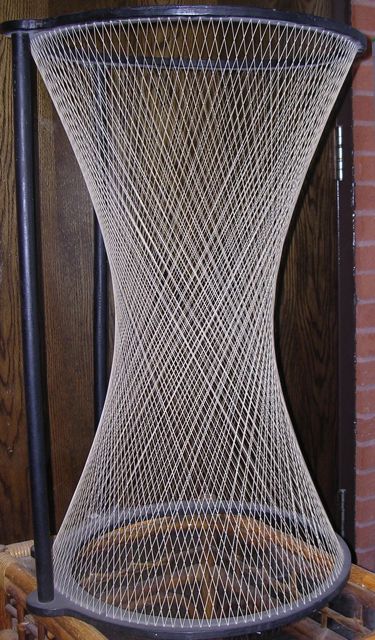 String model of a hyperboloid.

Also known as scrolls, ruled surfaces have been studied for centuries by geometers such as the Jesuits Roger Boscovich and Andre Tacquet as well as by their famous students, including Gaspar Monge and Phillippe de Lahire. Examples that stand out because of both their striking shape and their relative ease of construction include hyperboloids, helicoids and Möbius bands. Most ruled surfaces, however, are so complicated that, before the computer age, they were almost impossible to construct.