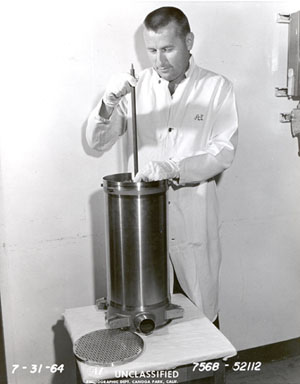 Fig 1. SNAP-8DR reactor assembly. This picture demonstrates how small these reactors were. A steel tube containing fuel is being inserted into the core vessel. 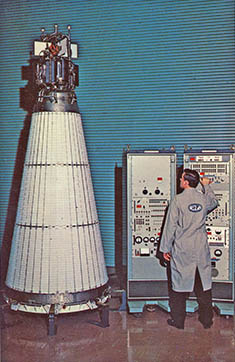 Fig 2. SNAP-10A system being tested in preparation for launch.

The objective of the government-sponsored System for Nuclear Auxiliary Power (SNAP) program was to develop compact, lightweight reliable atomic electric devices for use in space, sea, and land use. Atomics International served as the prime contractor to the government for several important facets of the SNAP program.

The United States spent considerable effort in the late 1950s to 1960s developing the SNAP system. Only the SNAP-10 unit was fitted with a thermoelectric conversion system which produced electricity from the heat generated by an on-board nuclear reactor.

The objective of the SNAP-10A reactor was to produce a minimum of 500 W of electricity for a one-year duration or longer. The SNAP system weighed less than 950 lb, including instruments and shielding.

The SNAP reactor was designed to be remotely started and operated in space. In this manner, any hazardous radiation associated with the nuclear fission reaction wasn't produced until after the reactor safely reached orbit. The hazards to ground personnel were minimized and since radioactive fission products were not present before the reactor was operated, less of a hazard existed during launch if an accidental reentry should have occurred.

SNAP reactors used enriched uranium fuel with zirconium hydride as a moderator and liquid sodium potassium alloy as the coolant. The fuel elements were arranged in a geometric lattice called the core assembly. A thermoelectric pump was placed above to circulate the coolant throughout the system. Beryllium reflectors placed on ejection springs and held in place by a reflector retainer band were placed around the core. Following successful launch and a radio signal from earth, the reflectors rotated into place and the fission reaction started.

On 3 April 1965, the SNAP-10A was launched from Vandenberg Air Force Base, California, and placed into a 500 nautical mile orbit around the Earth. It was activated by a signal from the ground about four hours later, and generated 500 kW-hr of power during its life, providing electrical power for a small ion engine. It was shut down due to an electrical failure in another of the satellite's systems after 43 days in operation. It remains in Earth orbit.

SNAPSHOT was the first, and so far only, American flight of an operational nuclear space reactor. The SNAP-10A reactor produced 650 W of power from 1.3 kg of used uranium-235 fuel (embedded in uranium zirconium hydride) to run a small ion propulsion system (Fig 2).

Twelve hours after launch, the reactor was automatically brought up to operating temperature. Following 43 days of successful operation, it was shut down as the result of a high voltage failure in the electrical system of the Agena spacecraft. All flight test objectives were met with the exception of the expected length of operation. The reactor remains in polar orbit today.