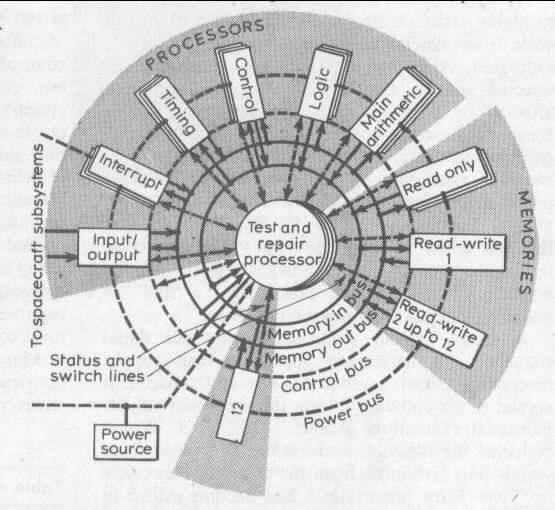 Schematic of the STAR computer.

The STAR (Self-Testing And Repairing) computer was a device originally designed for use on the planned Grand Tour spacecraft (which eventually evolved into Voyager). STAR was an early scheme for an autonomous computer system that could locate, diagnose, and repair faults. It was designed to use special programs to locate faults and carry out maintenance on almost every subsystem in the spacecraft.

Initial studies led to the decision to design and construct an experimental computer, at the Jet Propulsion Laboratory, with dynamic (standby) redundancy, including replaceable subsystems and a program rollback provision to eliminate transient errors. The STAR computer, began operation in 1969.

The JPL STAR project was organized and directed by the Lithuanian-born electrical engineer, Algirdas Antanas Avizienis from 1961 to 1972.