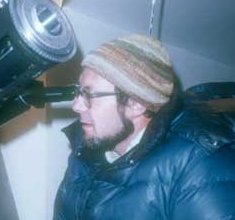 William Sinton was a Harvard astronomer whose spectroscopic studies of Mars in 1956 and 1958 appeared to support the hypothesis of Martian plant life.1, 2, 3, 4 From infrared measurements made using a photoconductive cell, cooled by liquid nitrogen to make it more sensitive, he reported strong absorption bands in the spectrum of the dark areas of Mars which he interpreted as being due to organic compounds, and in particular the presence of plants. Although his results led to much excitement, they were also controversial and open to interpretation. In 1963 an alternative explanation was put forward in terms of compounds in the Earth's atmosphere,3 and by 1965 Sinton himself agreed that two of his observed bands were caused by terrestrial atmospheric 'deuterated' water (HDO).4 Another strong proponent of plant life on the surface of Mars was the Soviet astronomer Gavriil Tikov. For more on this subject and the present-day controversy surrounding it, see Mars, vegetation.

Having received his AB and PhD from John Hopkins University, Sinton served at the Harvard College Observatory and later at the Smithsonian Astrophysical Observatory, the Lowell Observatory, and finally as professor of physics and astronomy at the University of Hawaii. His most recent posts have included scientist in charge of Mauna Kea Observatory and co-organizer of International Jupiter Watch. After contracting amyotrophic lateral sclerosis (Lou Gehrig's disease), Sinton dedicated the rest of his life to motivating others who are severely handicapped and published an autobiography, I Choose to Live.7