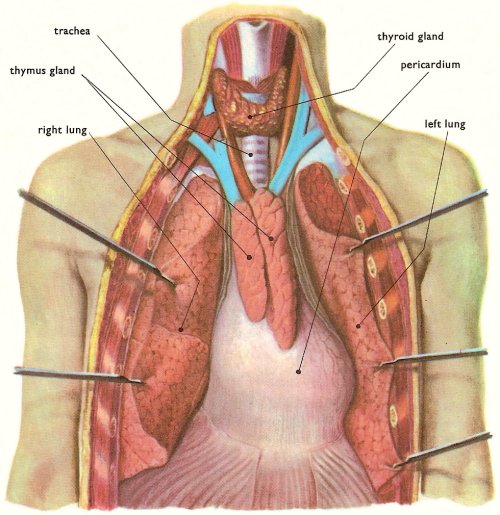 A view of the inside of the chest showing the lungs and pericardium.

A serous membrane istissue, also called a serosa, consisting of a layer of mesothelium attached to a surface by a thin layer of connective tissue. Serous membranes are covering membranes which line body cavities that do not open to the exterior. They are found around organs that move a lot, such as the heart and lungs.