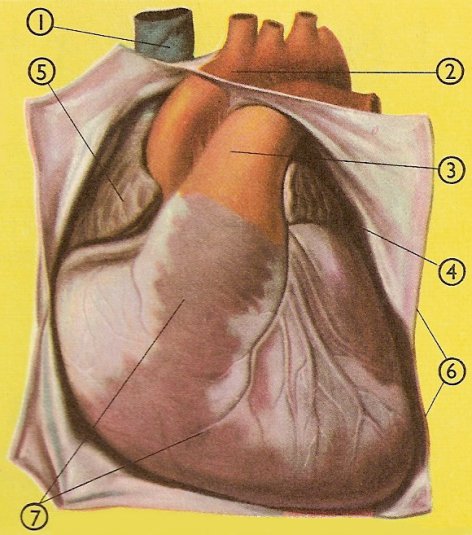 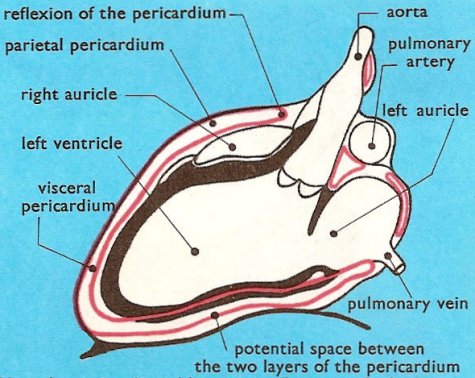 How the pericardium (in red) surrounds the heart.

The pericardium is the serous membrane (covering membrane) which, in humans and other vertebrates, forms the wall of the pericardial cavity and holds the heart in place. It is made of two thin layers of tissue.

At the top of the heart the visceral layer folds over to join the parietal layer. This fold is called the reflexion of the pericardium.


A way to envisage the pericardium

Imagine that you have a football bladder filled with oil. The neck is untied and you press your fist downwards on to the bladder so that the oil runs out. When all but the last few drops have flowed away your fist will be surrounded on all sides and underneath by two layers of rubber which will slide easily on each other because of the small amount of oil that is left.

The pericardial cavity, also called the pericardial sac, is the body cavity within which the heart lies. In vertebrates, it is a coelomic space, separated from the perivisceral part of the coelum (incompletely in elasmobranchs). In arthropods and molluscs, it is a hemocoelic space supplying blood to the heart.