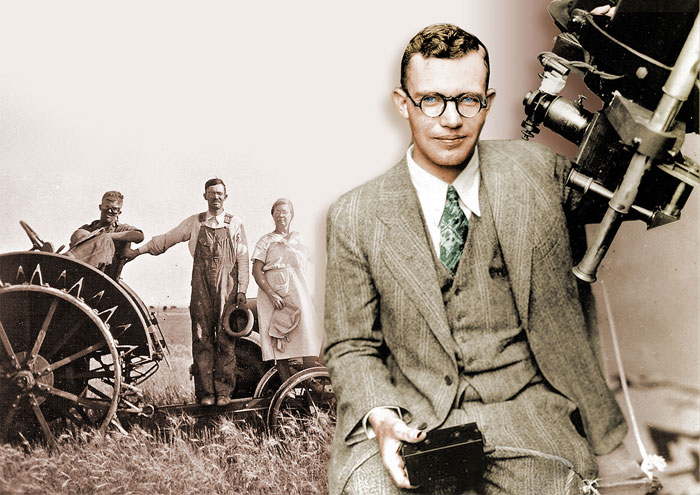 Clyde Tombaugh was an American astronomer who discovered Pluto in 1930. His parents were farmers and his first telescope was made using parts from worn-out farming equipment. Tombaugh began his search for the trans-Neptunian planet, which Percival Lowell had predicted, in 1929, when he became an assistant at Lowell Observatory. Using a blink comparator, he compared pairs of photographs of small regions of the sky taken a week apart. He was rewarded on Feb 18, 1930, when he spotted an object that showed movement between two plates exposed the previous month. Tombaugh later searched, without success, for a tenth planet and for small moonlets of Earth, though he did find in the process new star clusters and galaxy clusters and almost 800 asteroids.

Following the launch of the New Horizons probe to Pluto, in Jan 2006, it was announced that some of the ashes of Clyde Tombaugh are being carried aboard the spacecraft. The launch was watched by Tombaugh's 93-year-old widow.