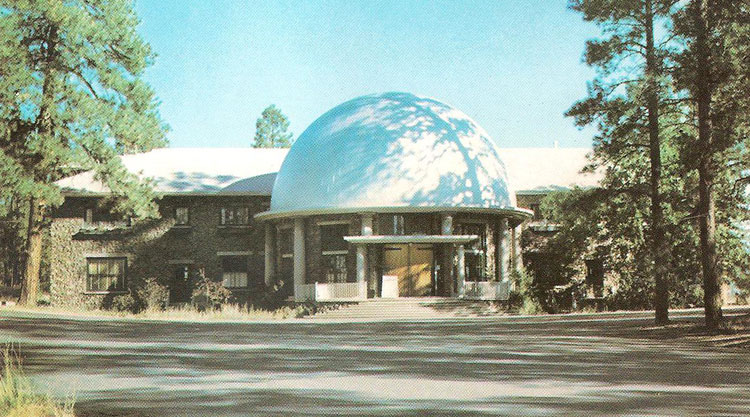 The main building at the Lowell Observatory. 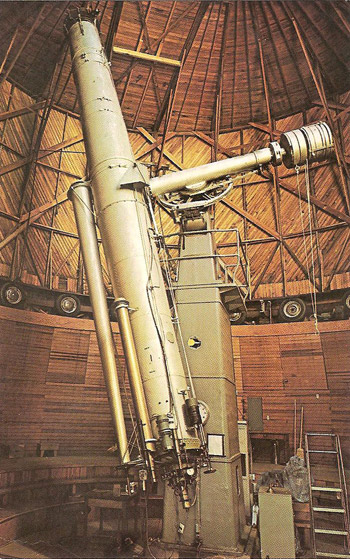 Lowell Observatory is an observatory, west of downtown Flagstaff, Arizona, founded in 1894 by Percival Lowell. Its initial instruments were a 12-in refractor leased from Harvard and an 18-in refractor borrowed from John Brashear. These were replaced, in 1896, by a 24-in Alvan Clark refractor, which was temporarily erected at a site in Mexico for better viewing of the December 1896 opposition of Mars before being moved to its permanent home in Arizona.

The original observatory building at Flagstaff, housing the 24-ih Clark telescope, at an altitude of 2,210 m (7,180 ft) on top of a mesa known as Mars Hill, is now a National Historic Landmark. From here Lowell sought evidence of martian canals (to support his thesis that Mars was inhabited by an intelligent, technological race) and of a ninth planet. The latter, subsequently named Pluto, was eventually found at the observatory by Clyde Tombaugh in 1930. Between 1912 and 1920, Vesto Slipher made observations of the red shifts of galaxies which helped lay the foundations for the theory of the expanding universe. Lowell astronomers were also the first to detect the rings of Uranus.

In 1961 a dark-sky outstation was opened at Anderson Mesa, 19 km southeast of Flagstaff. Since 1995 this has been the site of the Navy Prototype Optical Interferometer, a joint project of the Naval Research Laboratory, the US Naval Observatory, and Lowell Observatory.