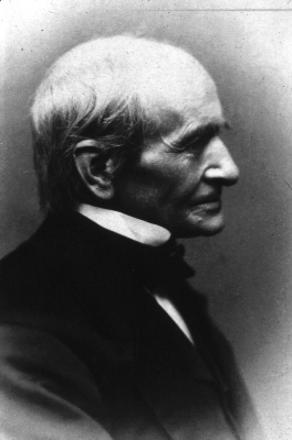 Alvan Clark was a renowned American maker of some of the world's largest and best lenses for refracting telescopes. Together with his sons, George Bassett Clark (1827–1891) and Alvan Graham Clark (1832–1897), he founded Alvan Clark & Sons at Cambridgeport, Massachusetts, in 1846, and proceeded five times to make the objectives for the largest refracting telescopes in the world. These included the 26-inch lens at the US Naval Observatory (the first achromatic lens produced in the United States), the 30-in lens at Pulkova Observatory, the 36-in lens at Lick Observatory, and the 40-in lens at Yerkes Observatory, the largest ever built. The optical work of Clark & Sons was recognized as unsurpassed anywhere and represented the first significant American contribution to astronomical instrument-making; prior to this, American telescopes had never compared with those of European manufacture. Alvan Graham Clark is also remembered particularly for his discovery of the (white dwarf) companion of Sirius in 1862.