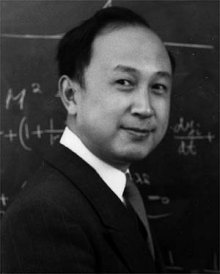 Hsue-Shen Tsien was a leading Chinese rocket designer. Raised in Hang-zhou, a provincial capital in east China, Tsien was a precocious student who won a scholarship to study engineering at the Massachusetts Institute of Technology and then, in 1939, received a PhD in aeronautics from the California Institute of Technology. At Caltech, Tsien was a protégé of Theodore von Kármón and a member of a group of students, known as the "Suicide Squad," who rocketry experiments were considered so hazardous they were banished to desert arroyos. Commissioned as a colonel in the United States Army Air Force and granted security clearance despite his Chinese citizenship, Tsien was one of the founders of the Jet Propulsion Laboratory.

After World War II, he applied knowledge gained from the V-2 missile program to the design of an intercontinental space plane. Tsien's work on this concept inspired the design of the Dyna-Soar and, ultimately, that of the Space Shuttle.

In 1950, at the start of the McCarthy era, Tsien was falsely accused of communist activities and for the next five years subjected to harassment and virtual house arrest before being deported to the People's Republic of China. Subsequently, he became the father of Chinese ICBM technology and of the Long March launch vehicle. He watched the launch of the first manned Chinese mission in 2003 from his hospital bed.