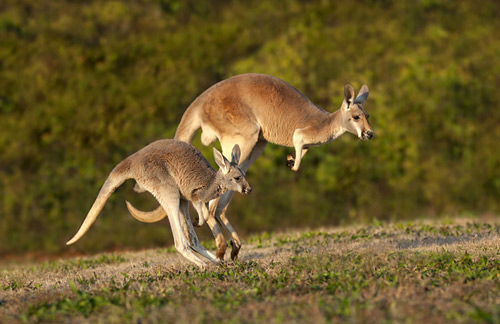 A tetrapod is any animal that has four limbs. Tetrapods account for essentially all land-living classes of vertebrates, including mammals, reptiles (except snakes), and amphibians. Some authorites also include bats and birds (because their forelimbs have become adopted into wings) as well as whales and snakes (because they evolved from ancestors that once had four limbs). All are characterized by two pairs of pentadactyl ("five-fingered") limbs. Quadrupeds use all four limbs for walking.