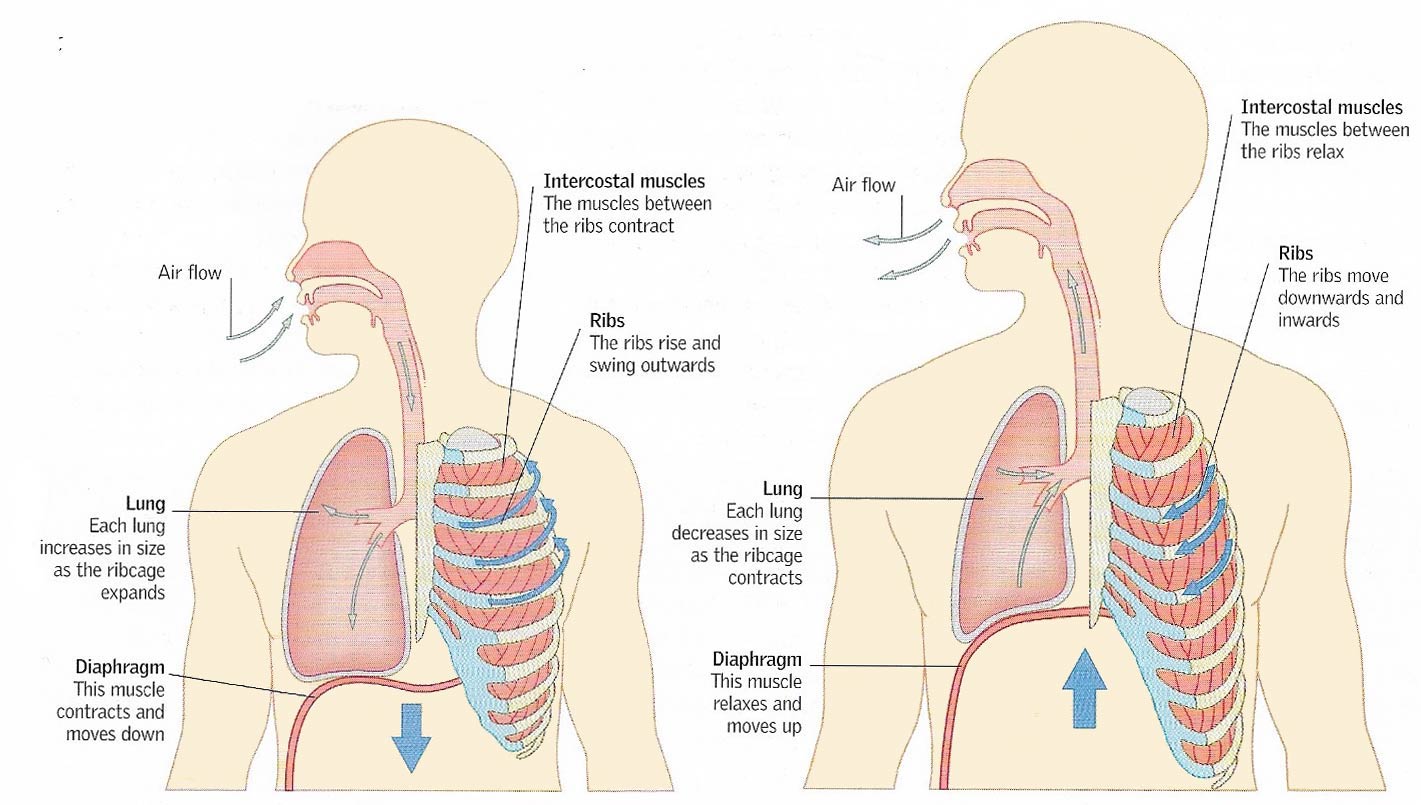 Ventilation, also known as external respiration (see respiration), is the movement of air through the conducting passages between the atmosphere and the lungs. The air moves through the passages because of pressure gradients that are produced by contraction of the diaphragm and thoracic muscles.

Commonly referred to as breathing, the process of air flowing into the lungs during inspiration (inhalation) and out of the lungs during expiration (exhalation). Air flows because of pressure differences between the atmosphere and the gases inside the lungs.

Air, like other gases, flows from a region with higher pressure to a region with lower pressure. Muscular breathing movements and recoil of elastic tissues create the changes in pressure that result in ventilation. Pulmonary ventilation involves three different pressures:

More generally, ventilation is the process by which air or water is taken into and expelled from the body of an animal and passed over a surface across which gas exchange takes place. Ventilation mechanisms including breathing, as described above, by which air is drawn into the lungs for gas exchange across the walls of the alveoli; the movements of the floor of a fish's mouth, coupled with those of its gill covers, which draw water across the gills; and the pumping movements of the abdomen of some insects, which draw through spiracles that carry it to the tissues.