MAKING LIGHT WORK: The Science of Optics - 3. In the Hall of Mirrors 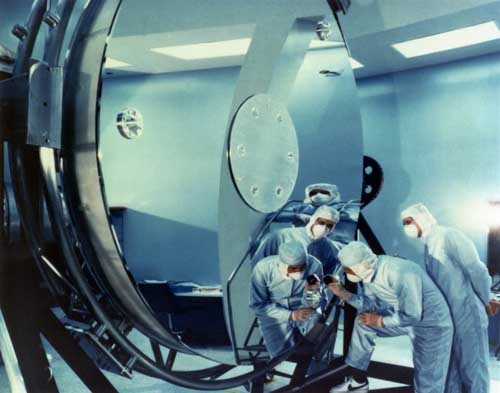 Figure 1. The images of NASA technicians reflected in the curved surface of the Hubble Space Telescope's main mirror. 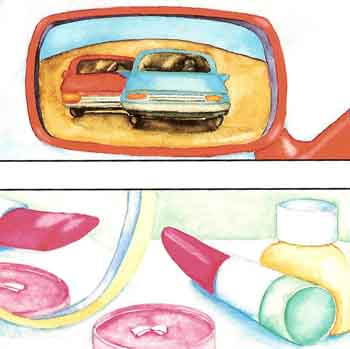 Figure 2. The side-view mirror of a car is a convex mirror, while a cosmetic mirror is concave. 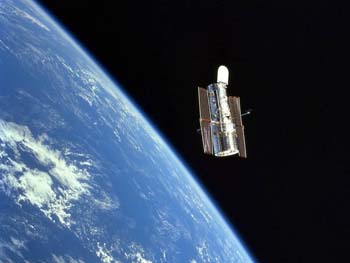 A visit to the hall of mirrors at a fair will reveal two facts. First, not all mirrors are flat. And second, curved mirrors can do very strange things to your appearance!

A concave mirror can produce two types of images. When an object is placed quite far from the mirror, an image is formed that is upside down and reduced in size. When the object is brought close up, however, the concave mirror gives an image that is upright and magnified. In the case of a spoon, which is highly curved, objects almost have to touch the spoon for the magnified image to appear. But a mirror that curves more gently gives an upright, magnified image at a greater distance – say, a foot or two away. This makes it useful, for example, as a shaving mirror or a makeup mirror.

Concave mirrors are also used in large telescope (see "The Hubble Space Telescope" below). They allow a lot of light to be collected from the direction in which they are pointing, so that even very faint objects can be seen.

Convex mirrors, on the other hand, give only one type of image – upright and reduced in size. Their advantage is that they can show objects spread over a wide area. This makes them useful as side-view mirrors on cars and trucks. A flat mirror would give a restricted view, but a concave mirror provides a view of most of the road behind the drive (see Figure 2).

One of the problems scientists face in trying to study the universe is that the Earth's atmosphere gets in the way. Moving currents of air and dust blur the appearance of stars and other distant objects. As a result, telescopes on the Earth's surface are limited in the amount of detail they can show.

It was a great step forward, therefore, when the Hubble Space Telescope was launched on April 24, 1990. This instrument now circles around the Earth in an orbit 373 miles high, taking the clearest pictures of the universe ever seen. The most important part of the new telescope is a concave mirror measuring 98 inches across. This gathers the light from distant objects and concentrates it onto a smaller flat mirror, ready to be magnified.

Shortly after it was launched, scientists discovered a serious error in the spacing of the two mirrors inside the Hubble Space Telescope that affected its ability to focus images. In 1993, this problem was fixed during a planned maintenance visit by astronauts.