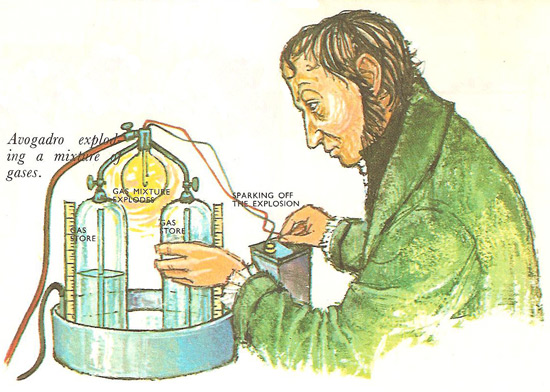 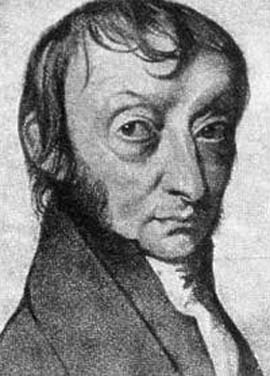 Amedeo Avogadro was an Italian physicist and chemist who first realized that gaseous elements might exist as molecules which contain more than one atom, thus distinguishing molecules from atoms. In 1811 he published the hypothesis, now known as Avogadro's law (see below) – that equal volumes of all gases under the same conditions of temperature and pressure contain the same number of molecules – but his work in this area was ignored by chemists for 50 years. The Avogadro constant, or Avogadro number, N, is the number of molecules in one mole of a substance.

Avogadro made an inspired guess, which later turned out to be true. Because it was only a guess and there was at the time no way of proving its validity, the statement was called a hypothesis, a word meaning a guess. Later on when it had been proved true. Avogadro's hypothesis became Avogadro's law.

The law states that equal volumes of all gases under the same conditions of temperature and pressure contain the same number of molecules.

For a man who could not even prove that molecules existed, this was quite a startling statement to make. In fact, his law was the direct result of a guess that there were such things as molecules – atoms grouped closely together in small units. The other scientists of the day just believed that matter was made of single separate units called atoms.

Avogadro's guess about molecules was sparked off by some unexplained results obtained by Joseph Louis Gay-Lussac. Gay-Lussac had shown that two liters of hydrogen completely burned in one liter of oxygen and two liters of steam formed if the gases were kept at the same temperature and pressure throughout. The volumes of these gases bore a simple ratio to one another. So did the volumes of any other reacting gases and their gaseous products.

Avogadro wanted to know why this happened, so he studied and puzzled over these results, trying to work out a reason for them.

So Avogadro invented the molecule and formulated his hypothesis that every gas molecule under the same conditions of temperature and pressure occupied the same amount of space.