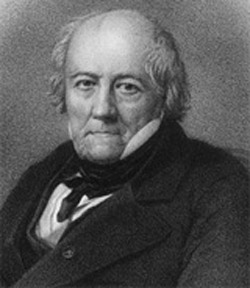 Jean Biot was a French physicist, born in Paris, who carried out pioneering experiments on the polarization of light and optical activity (1815). Biot developed the technique of estimating the concentration of certain organic substances (particularly sugars) by measuring the angle through which they rotate the plane of polarization of light. He established, with Savart in 1820, a formula for the magnetic field of a long, straight, current-carrying conductor (known as the Biot-Savart law). Biot also demonstrated the extraterrestrial origin of meteorites, which had been suggested by the Swiss physicist Marc Pictet (1752–1825). In 1803 his analysis of specimens from the l'Aigle meteor shower and eyewitness reports enabled him to show beyond doubt that the stones had from space. The following year he accompanied Gay-Lussac on his pioneering ascent to gather data concerning the upper atmosphere.

Biot began in his career in the artillery service but then entered science, becoming, in 1800, professor of physics in the Collège de France. Along with Arago, he was sent to Spain (1806) to carry out the measurement of a degree of the prime meridian, and in 1817 he visited England, and went as far north as the Shetland Islands, in order to make observations along the line of the British arc of meridian. He received the Rumford gold medal (1840) for his contributions on the polarization of light.