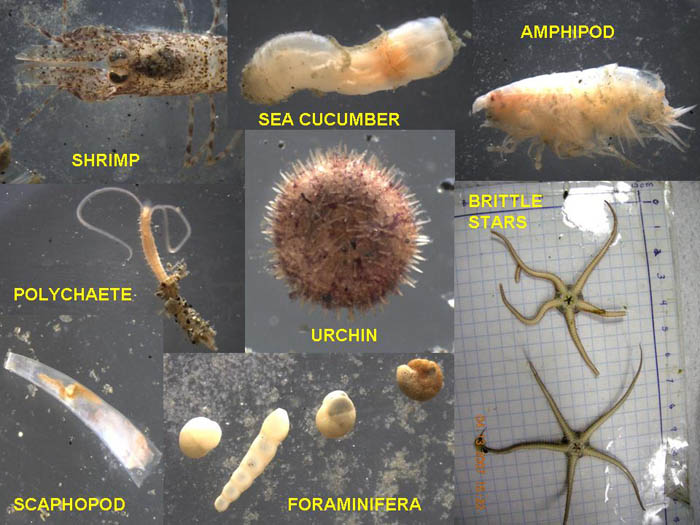 Benthos consists of plants and animals living on the seabed, as distinct from nekton (creatures which swim freely) and plankton (creatures which drift with the current). Examples of benthos include sessile forms such as sea anemone and sponges, creeping creatures such as crabs and sea cucumbers, and burrowing animals such as worms.