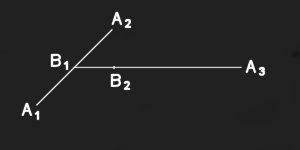 In the case of a single mass, the center of gravity, for the sake of simplicity of calculations, is the point at which it can be assumed all the mass is concentrated. In a binary star system, the center of mass would lie nearer to the more massive component.