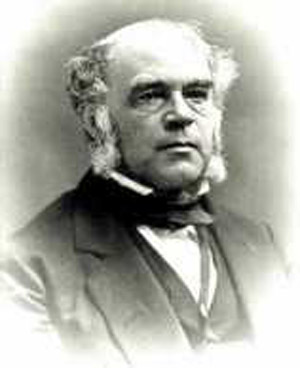 John Draper was an English-born American physician and chemist who investigated the chemical action of light, first photographed the Moon (1840), and obtained a photograph of the solar spectrum (1844); he was the father of Henry Draper. Educated at University College, London, John Draper emigrated to the United States in 1833 and qualified in medicine at the University of Pennsylvania in 1836. After a short period teaching in Virginia he moved to New York University (1838) where he taught chemistry and in 1841 helped to start the medical school of which he became president in 1850.

Most of Draper's chemical work was done in the field of photochemistry. He was one of the first scientists to use Louis Daguerre's new invention of photography and took the first photograph of the Moon in 1840 (see daguerreotype) and in the same year took a photograph of his sister, Dorothy, which is the oldest surviving photographic study of the human face. In 1843 he obtained the first photographic plate of the solar spectrum. On the theoretical level, Draper was one of the earliest to grasp that only those rays that are absorbed produce chemical change and that not all rays are equally powerful in their effect. He also, in a series of papers, showed that the amount of chemical change is proportional to the intensity of the absorbed radiation multiplied by the time it has to act. Draper's work was continued and largely confirmed by the work of Robert Bunsen and Henry Roscoe in 1857.