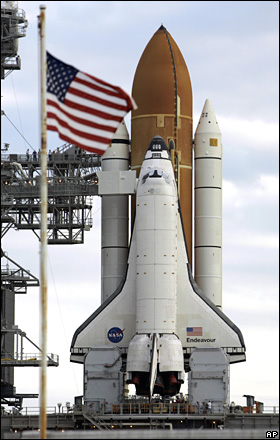 Endeavour was Space Shuttle Orbiter OV-105, which made its first flight on May 7, 1992 (STS-49). The selection of the Shuttle name Endeavour came from a national competition involving elementary and secondary school students. Shuttle Endeavour's milestones include the first flight of a replacement Shuttle (STS-49), the rescue and redeployment of the Intelsat VI-F3 communications satellite (STS-49), and the first servicing mission to the Hubble Space Telescope (STS-61). Endeavour completed its final mission, and the penultimate Shuttle mission when it returned to Earth on June 1, 2011, having delivered the Alpha Magnetic Spectrometer 2 to the International Space Station.

Endeavour was built from spare parts from other shuttle orbiters. Following the Challenger disaster, Rockwell International offered to build two new space shuttles for the price of one. Another option was to refit Enterprise, but ultimately, the cheapest option proved to be using spare parts left over from the construction of Challenger, Discovery, and Atlantis, to make the new orbiter.

"Endeavour" was also the call sign of the Apollo 15 Command Module.

Both spacecraft were named after the first ship captained by explorer James Cook. Cook sailed Endeavour on her maiden voyage in August 1768 to the South Pacific to observe and document the rare passage of the planet Venus between Earth and the Sun. He later took her on a voyage that resulted in the discovery of New Zealand, a survey of the eastern coast of Australia, and the navigation of the Great Barrier Reef. A second ship captained by Cook, Discovery, also inspired the name of a Shuttle. 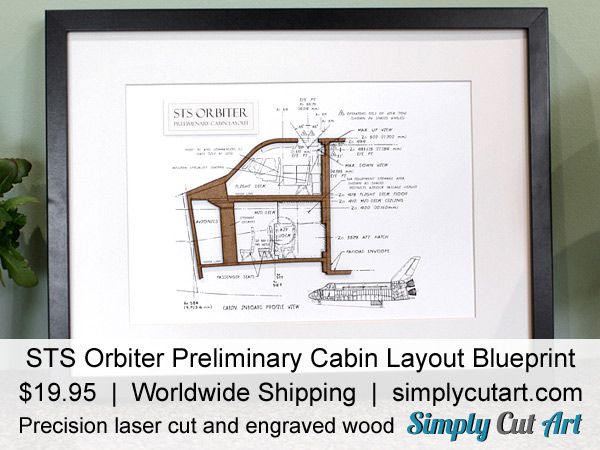