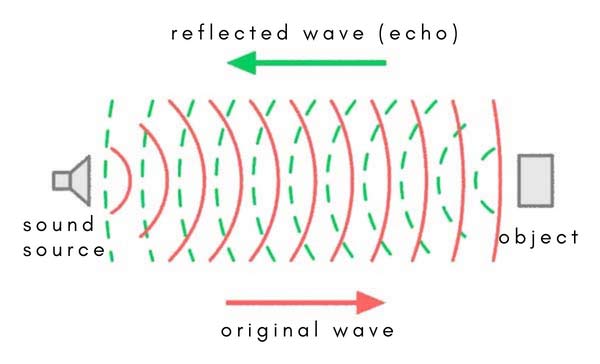 An echo is a wave signal reflected back to its point of origin from a distant object, or as in the case of radio signals (see radio waves), a signal coming to a receiver from the transmitter by an indirect route. Echoes of the first type can be used to detect and find the position of reflecting objects (echolocation).

High-frequency sound echolocation is used both by bats for navigation and to detect prey and in marine sonar. Radar, too, is similar in principle, though this uses UHF radio and microwave radiation rather than sound energy.

The range of a reflecting object can easily be estimated for ordinary sound echoes: since sound travels about 340 m/s through the air at sea level, an object will be distant about 170 m for each second that passes before an echo returns from it.