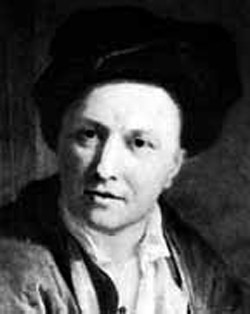 Bernard Fontanelle was a French man of letters and satirist who enthusiastically endorsed the atomistic philosophy of Descartes and used it to argue for the ubiquity of life throughout the solar system and the existence of inhabited planets around other stars. He was a central figure in promoting pluralism in the late eighteenth century, not because of any great scientific reputation he had, but because of his literary style, which was both accessible to the lay-person, elegant and compelling. Voltaire considered him "the most universal genius that the age of Louis XIV has produced" and he could reasonably be called the first successful science popularizer. Like many who followed him, he discovered that extravagant claims about extraterrestrial life sold well. His Entretiens sur la pluralité des mondes (Conversations on the Plurality of Worlds), first published in 1686, was eventually translated into every major European language and influenced the thinking of generations to come. Its message unfolds in the form of witty after-dinner conversations between the author and a fictitious marchioness, in the gardens of her chateau. Of the inhabitants of Saturn, the author declares in typically expansive style that:

[T]hey live miserably ... the sun seems to them but a little pale star, whose light and heat cannot but be very weak at so great a distance. They say Greenland is a perfect bagnio, in comparison of this planet ...

Yet such descriptions are tongue-in-cheek and Fontanelle has his marchioness point out the dangers of drawing conclusions in a scientific vacuum:

You know all is very well without knowing how it is so; which is a great deal of ignorance, founded upon a very little knowledge.

Beyond the florid passages which attracted such a wide readership and helped Entretiens become the first astronomical best-seller, Fontanelle makes serious philosophical points. His support for pluralism, for example, is grounded in five main arguments, not original to him:

[1] the similarities of the planets to the earth which is inhabited; [2] the impossibility of imagining any other use for which they were made; [3] the fecundity and magnificence of nature; [4] the consideration she seems to show for the needs of their inhabitants as having given moons to planets distant from the sun, and more moons to those more remote; and [5] that which is very important - all which can be said on one side and nothing on the other....

As for the status of man in the Universe, Fontanelle is ambiguous. On the one hand, he presents a post-Copernican case for the Earth occupying a privileged position in the solar system:

We alone can recognize that we, in a company of fourteen worlds, revolve round the sun.... We alone can establish truths about the motions and properties of the planets. If the Creator had not wished us to do this, he would not have given us such a convenient observatory.

But when it comes to the wider cosmos, with its innumerable stars and planets, he argues both for and against anthropocentrism. As the chivalrous scientist he proclaims:

When the Heavens were a little blue Arch, stuck with Stars, methought the Universe was too straight and close ... but now it is enlarg'd ... I begin to breath with more freedom, and think the Universe to be incomparably more magnificent than it was before.

However, his marchioness replies:

You have made the Universe too large ... that I know not where I am ... Is every Star the centre of a Vortex, as big as ours? Is that vast space which comprehends our Sun and Planets, but an inconsiderable part of the Universe? ... I protest it is dreadful.