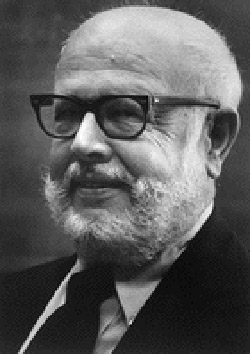 William Fowler was an American physicist and astrophysicist who studied the nuclear reactions believed to occur in stellar interiors. He shared the 1983 Nobel Prize in Physics with Subrahmanyan Chandrasekhar for their independent work on the birth and death of stars.

In 1938, Fowler showed that the proton-proton chain, proposed by Hans Bethe, was a viable means of producing energy in stars. In 1957, he coauthored, with Margaret and Geoffrey Burbidge and Fred Hoyle, a famous paper (referred to as B2FH) titled "Synthesis of the Elements in Stars," which showed how the cosmic abundances of essentially all but the lightest nuclides could be explained as the result of stellar nucleosynthesis. Together with colleagues at the California Institute of Technology's Kellogg Radiation Laboratory, Fowler measured the rates of numerous nuclear reactions of astrophysical interest.

He earned his BS in engineering physics at Ohio State University and his Ph.D. in nuclear physics at the California Institute of Technology, where he remained for the rest of his life, aside from frequent visits to the University of Cambridge.