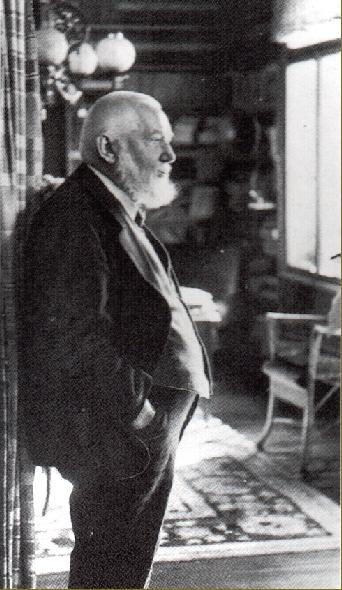 Friedrich Ostwald was a Latvian-born German physical chemist, regarded as the father of physical chemistry, who was awarded the 1909 Nobel Prize in Chemistry for his work on catalysis.

Ostwald became professor of chemistry at Leipzig University (1887–1906), and remained in Germany for the rest of his life. His work on solutions led him to formulate Ostwald's dilution law, which deals with the dissociation of weak electrolytes. His process for preparing nitric acid, now known as the Ostwald process, and his research on catalysis became important in industry.

The Ostwald process is a process for manufacturing nitric acid, developed in 1902, which remains important to this day. Ammonia is oxidized by air to nitric oxide at 900°C and 1–8 atmospheres of pressure using a platinum-rhodium catalyst. The nitric oxide is further oxidized to nitrogen dioxide, which is dissolved in water to give 60% nitric acid. The Ostwald process is closely related, both historically and in its chemistry, to the Haber process, used in the commercial production of ammonia.