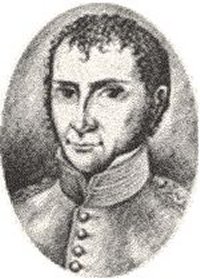 Johann Ritter was a German physicist, born in Samitz (then Silesia, Germany, now Chojnow, Poland), who, among other achievements, discovered ultraviolet light and made the first dry cell battery. After working for five years as an apprentice to a pharmacist, Ritter, aged 19, came into a small inheritance which allowed him to enter the University of Jena. There, he benefited from the scientific mentorship of Alexander von Humboldt (1769–1859), who reinforced his interests in electrical experiments. In 1801 Ritter was appointed to the court of Ernst II, Duke of Gotha-Altenburg, and in 1804 moved to the Bavarian Academy of Science in Munich, where he remained until his untimely death on January 23, 1810.

Ritter was interested primarily in electricity, in particular electrochemistry and electrophysiology, areas in which he made many remarkable discoveries. In 1799 he carried out the electrolysis of water, and in 1800 investigated the process of electroplating. In 1801 he observed thermoelectric currents, and investigated the artificial electrical excitation of muscles. In 1802–1803 he built the first dry cell battery and accumulator.

Ritter had a difficult writing style, a marked tendency to speculate to excess, and procrastinated heavily when it came to publishing detailed accounts of his investigations and discoveries. For these reasons, many of his findings went unnoticed, only to be soon independently rediscovered by other scientists. In the last years of his life, his scientific credibility was also damaged by his interest in occult phenomena, and more importantly by the inability of other scientists to reproduce his experiments in this area. Thus dismissed by most of his scientific peers, facing severe financial difficulties and family illnesses, Ritter died an embittered man a few weeks after his thirty-third birthday. It took over a century before his scientific work was given due credit.