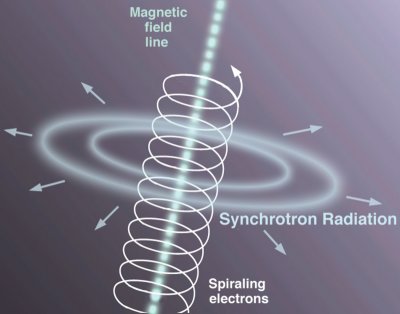 Synchrotron radiation is electromagnetic radiation emitted by electrons that are spiralling along, and therefore being constantly accelerated, in a magnetic field at a rate great enough for relativistic effects to be important. Predicted long ago, this radiation was first encountered in a particle accelerator called synchrotron. Much of the radiation observed by radio astronomers originates in this fashion.