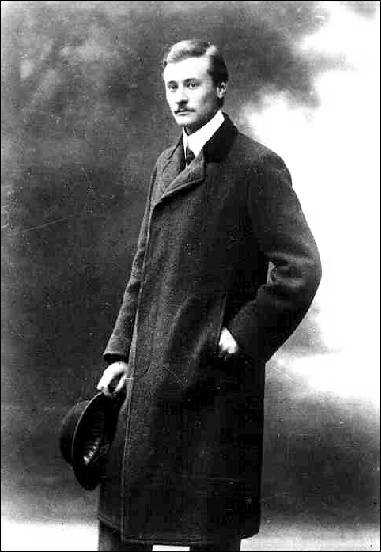 Fridrikh Tsander was a gifted rocket scientist who designed the first Soviet liquid-propellant rocket, the GIRD-X, which reached a height of about 75 m when first flown in 1933, the year that Tsander died from typhoid fever. He was also the first, along with his compatriot Konstantin Tsiolkovsky to introduce the idea of solar sail. In 1924 he wrote, "For flight in interplanetary space I am working on the idea of flying, using tremendous mirrors of very thin sheets, capable of achieving favorable results." In the same article he put forward the notion of Earth-orbiting space stations.

As a high school student in Riga, Latvia, Tsander had been exposed to Tsiolkovsky's ideas and became fanatical about spaceflight, especially about traveling to Mars. Apparently he even interested the Soviet leader Lenin in the subject at a meeting of inventors in Moscow in 1920. During a speech delivered at the Great Physics Auditorium at the Institute of Moscow on Oct 4, 1924, Tsander was asked why he wanted to go to the Mars. He replied: "Because it has an atmosphere and ability to support life. Mars is also considered a red star and this is the emblem of our great Soviet Army." In 1931 he became head of GIRD (the Moscow Group for the Study of Rocket Propulsion) and in 1932, Tsander published "Problems of Flight by Means of Reactive Devices." Also active in rocket design at this time was Valentin Glushko.