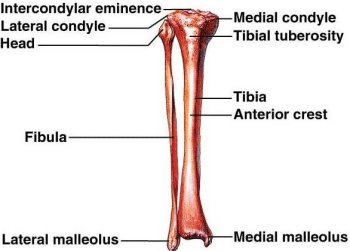 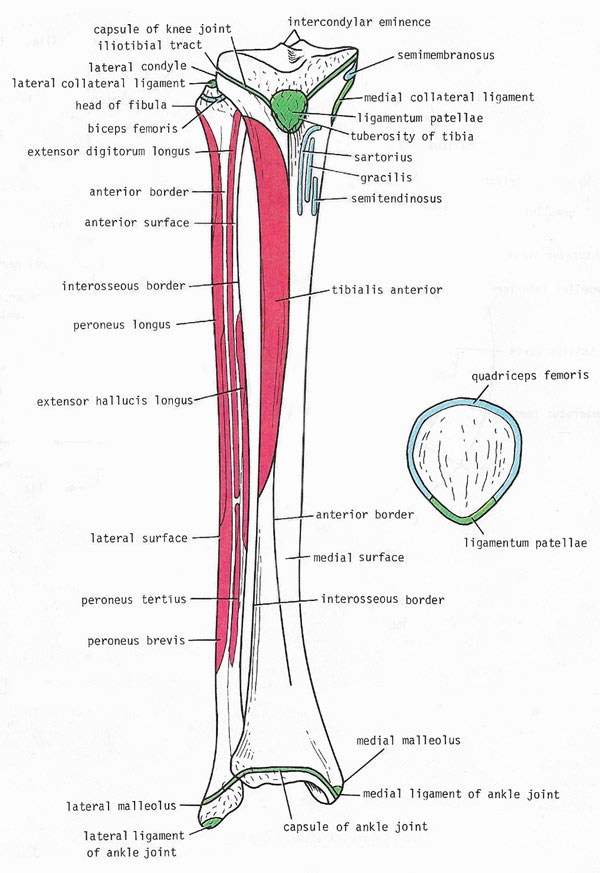 Fig 2. Muscles and ligaments attached to the anterior surfaces of the right tibia and fibula; attachements to the patella are also shown. 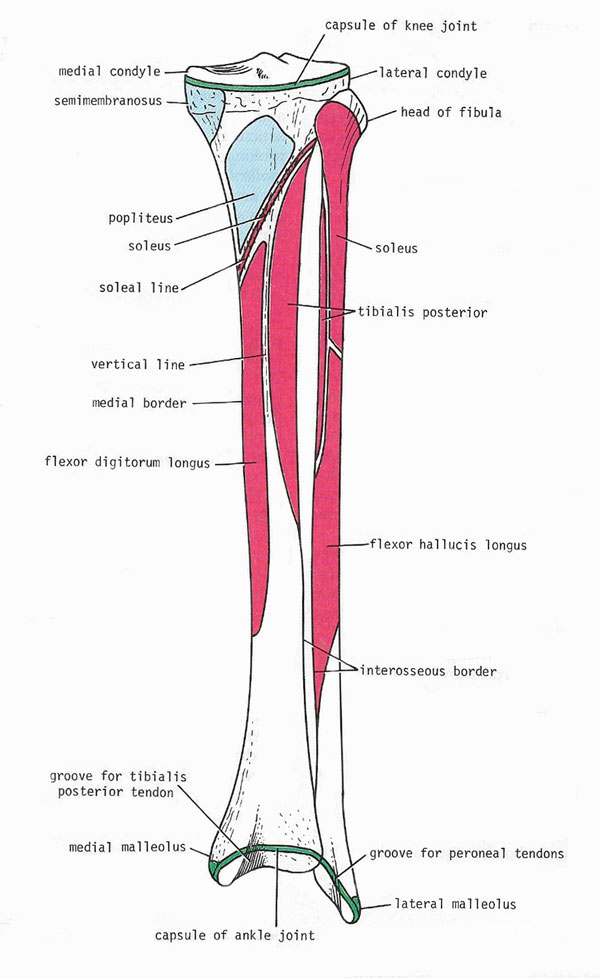 Fig 3. Muscles and ligaments attached to the posterior surfaces of the right tibia and fibula.

The tibia is the inner and thicker of the two lower leg bones. It is the supporting bone of the lower leg and runs parallel to the narrower lower leg bone, the fibula, to which it is attached by ligaments. The tibia, or shinbone, articulates with the condyles of the femur, or upper leg bone, and the head of the fibula above, and with the talus and the distal end of the fibula below. It has an expanded upper end, a smaller lower end, and a shaft.

The lateral condyle possesses on its lateral aspect a circular articular facet for the head of the fibula. The medial condyle shows a groove on its posterior aspect for the insertion of the semimembranosus muscle.

The shaft of the tibia is triangular in cross section, presenting three borders and three surfaces. Its anterior and medial borders, with the medial surface between them, are subcutaneous. The anterior border is prominent and forms the shin. At the junction of the anterior body with the upper end of the tibia is the tuberosity, which receives the attachment of the ligamentum patellae. The anterior border becomes rounded below, where it becomes continuous with the medial malleolus. The lateral and interosseous border gives attachment to the interosseous membrane.


Fractures of the tibia

Some fractures of the shaft heal satisfactorily if the leg is immobilized in a plaster cast, usually for about six to eight weeks. If the bone ends are displaced or unstable, an operation may be needed to fasten them together with a nail or screw.

The fibula is the long thin outer bone of the lower leg of four- and two-legged vertebrates, including humans. The fibula takes no part in the articulation at the knee joint but, below, it forms the lateral malleolus of the ankle joint. It takes no part in the transmission of body weight, a task which falls to the other, and much sturdier, lower leg bone, the tibia. The fibula has an expanded upper end, a shaft, and a lower end.

The upper end, or head, is surmounted by a styloid process. It possesses an articular surface for articulation with the lateral condyle of the tibia.

The shaft of the fibula is long and slender, and its shape is subject to considerable variation. Typically, its has four borders and four surfaces. The anterior surface is very narrow in its upper part, where the anterior and medial borders run close together or may become confluent. The medial or interosseous border gives attachment to the interosseous membrane.

The main function of the fibula is to provide an attachment for muscles. It provides little supportive strength to the lower leg, which is why pieces of bone can safely be taken from it for grafting elsewhere in the body.


Fractures of the fibula

A suspected fracture of the fibula is X-rayed to confirm the diagnosis. In some cases the lower leg is immobilized in a plaster cast to allow the bone to heal. If the fracture occurs in the middle portion of the fibula, immobilization may not be needed. If the fracture is severe (especially if it is accompanied by dislocation of the ankle), surgery may be necessary to fasten the broken pieces of bone with metal pins.

A fractured fibula may take up to six weeks to heal, depending on its severity and the age of the patient.