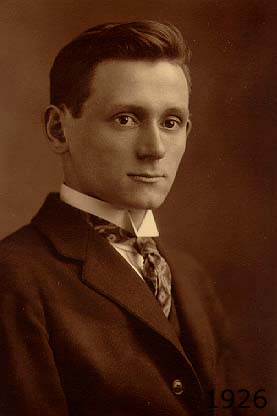 Peter van der Kamp was a Dutch-American astronomer, director of Sproul Observatory, and pioneer in the search for exoplanets. In 1937, using a technique brought to Sproul by Kaj A. Strand, he initiated a search for unseen companions of 54 stars known to lie within 16 light-years (5 pc) of the Sun (see stars, nearest). Over the next two decades, the Sproul group, which also included Sarah Lee Lippincott, reported evidence for planetary bodies around several of the target stars, including 61 Cygni, Ross 614, and Lalande 21185. In 1963, van de Kamp claimed that a giant planet, about 11 times the mass of Jupiter, was in a 24-yr orbit around Barnard's Star,1 a stellar neighbor of the Sun in which he had a special interest. Over the next few years, he published further evidence for unseen companions around other nearby stars. However, doubts began to grow among fellow astronomers about the validity of his data. In particular, Robert Harrington pointed out that all of the "wobbles" supposedly caused by van de Kamp's planets were of an identical form, suggesting a systematic instrumentation effect. Undeterred, van de Kamp further analyzed his data on Barnard's Star and, in 1976, claimed he now had evidence for two companions – a 0.7 Jupiter-mass planet with a period of 12 years and a 1.2 Jupiter-mass planet with a period of 26 years, orbiting at distances of 3 and 5 times that of the Earth from the Sun, respectively. Three years earlier, he suggested that the nearby Sun-like star, Epsilon Eridani, had a planetary companion 6 times as massive as Jupiter. Though the planetary discoveries claimed by van der Kamp and his contemporaries at Sproul were all subsequently rejected, van der Kamp's optimism in general has been vindicated. In a 1963 article he argued that there was no reason to doubt the existence of "large numbers" of extrasolar bodies larger than Jupiter and smaller than stars. Recent confirmation of the existence of giant planets and brown dwarfs beyond the Solar System have vindicated that view.2, 3