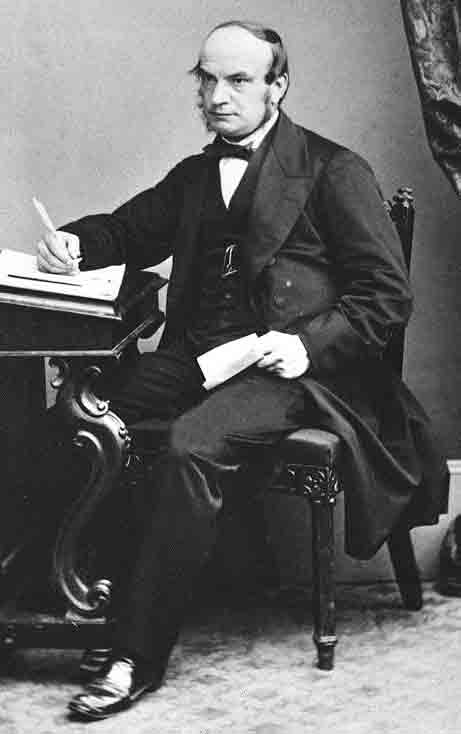 John Couch Adams was an English mathematician and astronomer, born in Lidcot, Cornwall, the son of a tenant farmer, who predicted the existence of Neptune. While a student at Cambridge he wrote this note (found only after his death) dated Jul 3, 1841:

Formed a design at the beginning of this week of investigating, as soon as possible after taking my degree, the irregularities in the motion of Uranus, which are as yet unaccounted for, in order to find whether they may be attributed to the action of an undiscovered planet beyond it; and, if possible, thence to determine the elements of its orbit approximately, which would lead probably to its discovery.

Having graduated brilliantly (with more than double the marks of his nearest competitor), he focused his attention on the problem of the trans-Uranian planet. In Oct 1845 he gave his predicted position for the new world to George Airy, the Astronomer Royal. But Airy procrastinated for nine months until he heard of a similar claim by Urbain Leverrier. He then instigated a search, but the race was lost: Neptune was found in 1846 by Johann Galle using Leverrier's figures. Adams remained silent throughout the bitter ensuing debate that established his precedence in the discovery. Although eventually he was offered a knighthood and the post of Astronomer Royal after Airy, Adams turned them down and remained at Cambridge as director of the observatory.