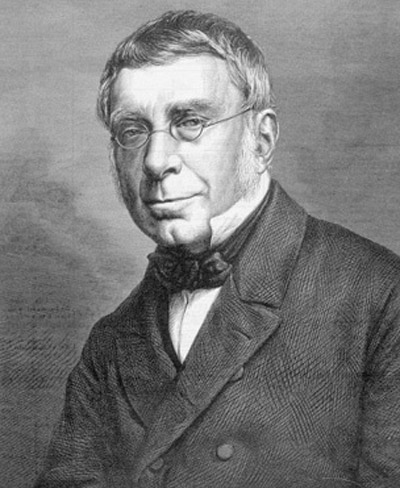 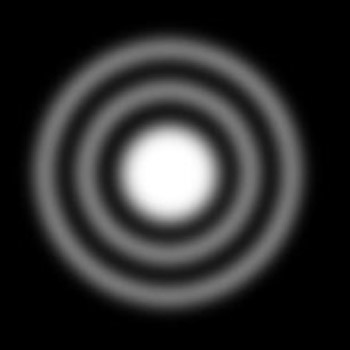 An Airy disk and rings.

George Airy was an English astronomer, born in Alnwick, Northumberland, who graduated head of his class from Cambridge in 1823 shortly after devising a way to correct astigmatism – a condition from which he personally suffered.

In 1826 Airy was appointed Lucasian Professor of Mathematics (Newton's old position) at Cambridge, and, two years later, Plumian Professor of Astronomy. As the seventh Astronomer Royal (1835–1881) he turned the Royal Greenwich Observatory into a model of efficiency and a leading center for positional astronomy; the transit telescope he installed defines the location of 0° longitude on Earth. However, Airy's arrogance and disinterest in basic research held up the confirmation of an eighth planet (Neptune) based on predictions by John Adams and also left Greenwich a late-starter in the fields of spectroscopy and astrophysics. His precision, to the point of pedantry, extended to his labeling empty boxes "empty."

An Airy disk is the central spot in the diffraction pattern of the image of a star at the focus of a telescope, named after George Airy. It is surrounded by several fine diffraction rings like the rings around the bull's-eye of a target. The size of the Airy disk, given approximately in radians by 1.22 times the wavelength of light times the focal ratio, is the same for all telescopes of a given size and is less in instruments of larger aperture. (It is one of the quirks of astronomy that bigger telescopes produce smaller images of stars.) In practice, however, atmospheric turbulence, unless compensated for, results in a false disk that is larger than the Airy disk.

Although named after George Airy, the disk and rings were first described by John Herschel in 1828.