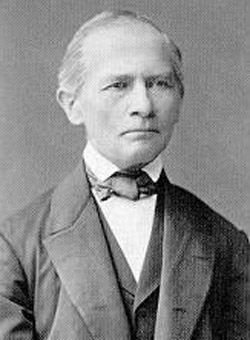 Johann Galle was a German astronomer who, with Heinrich Louis d'Arrest, made the first observation of Neptune (1846) based on calculations by Leverrier. Leverrier had written to Galle asking him to search for the 'new planet' at a predicted location. Galle was then a member of the staff of the Berlin Observatory and had already discovered three comets. Though Galle was the first to observe Neptune, its discovery is usually credited to John Adams (who made an earlier calculation) and Leverrier.

While assistant to Johann Encke, Galle also discovered the dark crêpe ring of Saturn (1838) at a time of maximum ring opening. In 1851, he became professor of astronomy at Breslau and director of the observatory there. In 1872, he proposed the use of asteroids rather than planets for determining the solar parallax, a suggestion which was successful in an international campaign (1888–89).