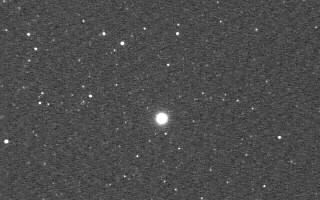 Alnath (Beta Tauri) is a giant B star and the second brightest star in the constellation Taurus. Its Arabic name (also written as Elnath, El Nath, and Nath) means the "butting one" – appropriate to its position at the tip of the Bull's northern horn. Alnath also doubles as the gamma star of neighboring Auriga, though it is now never referred to as Gamma Aurigae. It is distinctive, too, in lying just 3° to the west of the galactic anticenter, the point in the sky that lies directly opposite the center of the Milky Way Galaxy.

Alnath appears to be a mercury-manganese star (see manganese star), with a manganese abundance 25 times greater than the Sun's but with calcium and magnesium abundances that are only one-eighth solar. Another prominent example of such a star, is, by coincidence, the only other bright star shared by two constellations – Alpheratz (Alpha Andromedae or Delta Pegasi). Alnath has left the main sequence and will evolve, over the next million years or so, to become a cooler, orange giant.