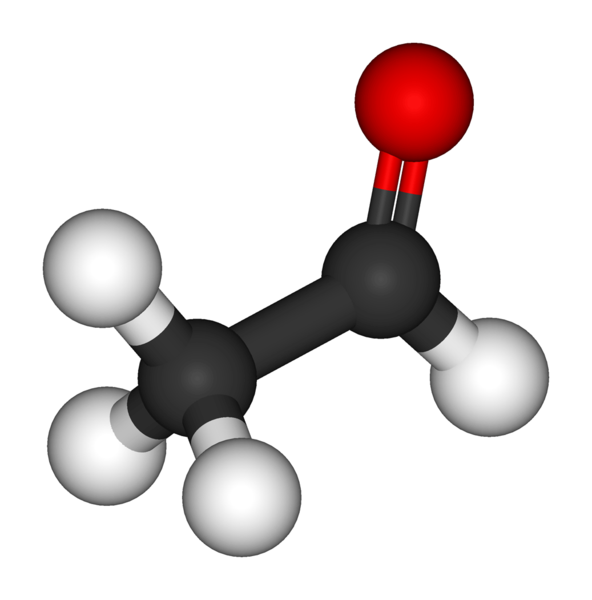 Acetaldehyde, also called ethanal, is the simplest aldehyde (CH3CHO). It is a colorless, flammable liquid made by the catalytic oxidation of ethanol. Acetaldehyde is an important reagent used in the manufacture of dyes, plastics, and many other organic chemicals. In the presence of acids it forms the cyclic polymers paraldehyde (CH3CHO)3, and metaldehyde (CH3CHO)4. The former is used as a hypnotic, and the latter as a solid fuel for portable stoves and as a poison for snails and slugs.