The Conquest of Space 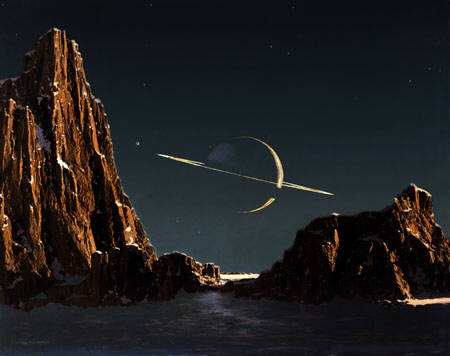 1. Book (1949) written by Willy Ley and illustrated by Chesley Bonestell, based on material earlier published in a series of Collier's magazine articles on space travel (see Collier's Space Program). It is best known for Bonestell's inspirational paintings, including 16 in full color.

2. Film (1955) directed by George Pal and partly inspired by Ley and Bonestell's book. In a thematic sense, Conquest follows on from Pal's Destination Moon (1950), taking space exploration beyond the Moon to interplanetary space and, in particular, a manned journey to Mars. Although the characterization is poor and the dialogue often inane, there are some memorable scenes, including those of a rocket attempting to outrace a pursuing asteroid and a wheel-like space station, designed along the lines proposed by Wernher von Braun.