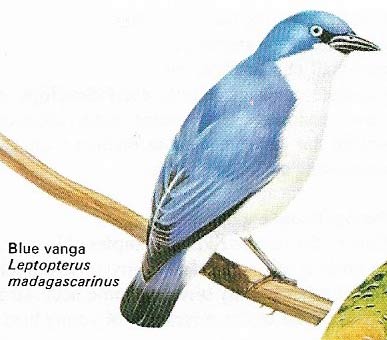 The rare blue vanga is one member of a unique family found in Madagascar. 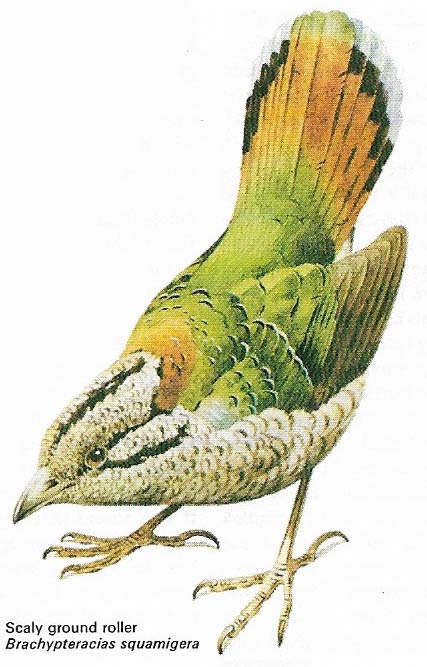 The scaly ground roller is a shy resident of the dense east coast rainforest of Madagascar. It spends much of its time at ground level in sparse undergrowth, feeding on insects. 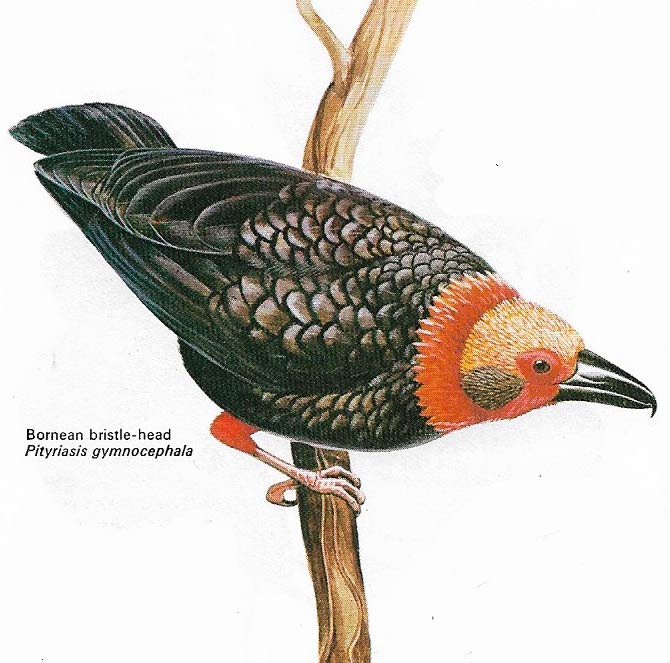 The Bornean bristle-head is so rare that little is known about it. It lives in lowland forests, feeding on insects. 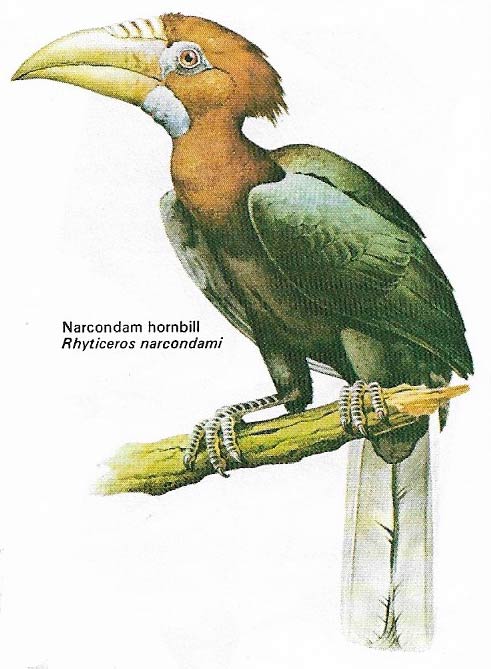 The world population of the Narcondam hornbill is confined to one island in the Bay of Bengal. Its numbers, 400, are controlled by lack of nest sites. 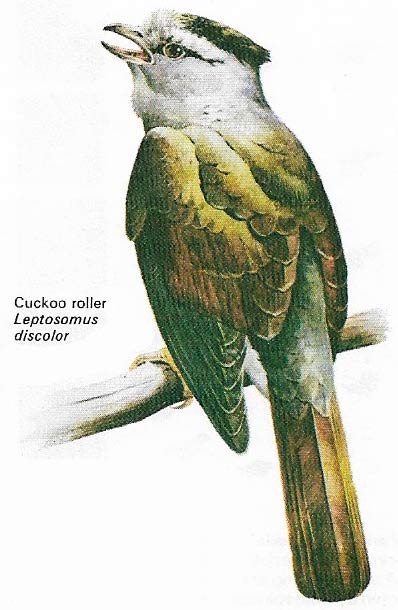 The cuckoo roller lives high in the forests of Madagascar feeding on insects and reptiles. Its food includes chameleons, caterpillars, and insects. 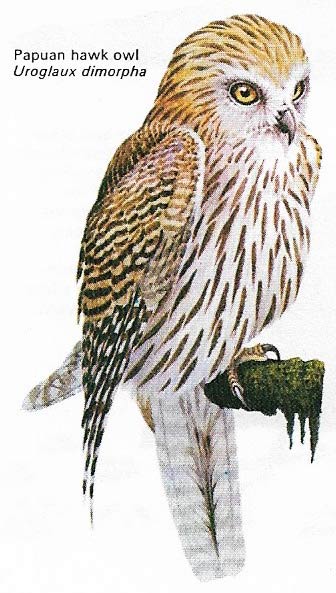 The Papuan hawk owl is a rare nocturnal resident of the forests of New Guinea. Nothing is known of its breeding behavior. It feeds on insects and rodents. 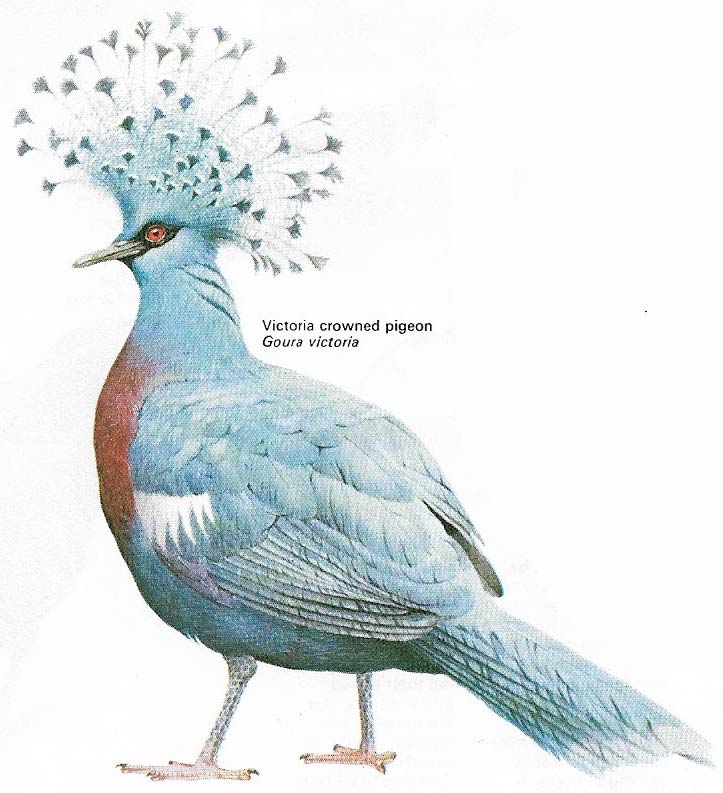 The large (turkey-sized) Victoria crowned pigeon was hunted for the magnificent plumes on its head. Unlike other New Guinea pigeons it flew into the open when disturbed, so was easy to shoot. 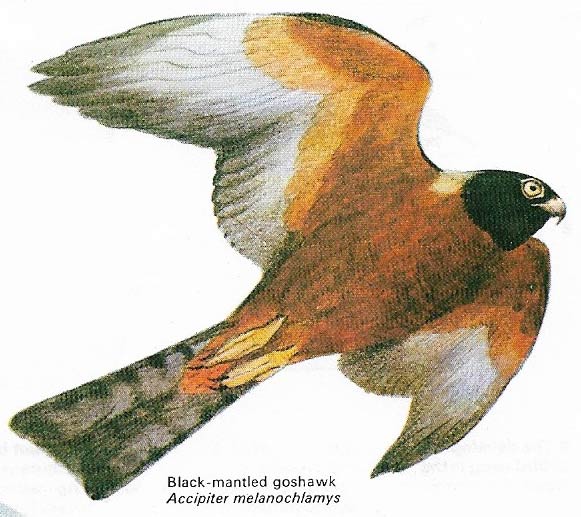 The black-mantled goshawk is one of eight species found in New Guinea. It ambushes smaller birds at waterholes, flying in to seize its prey on the wing. 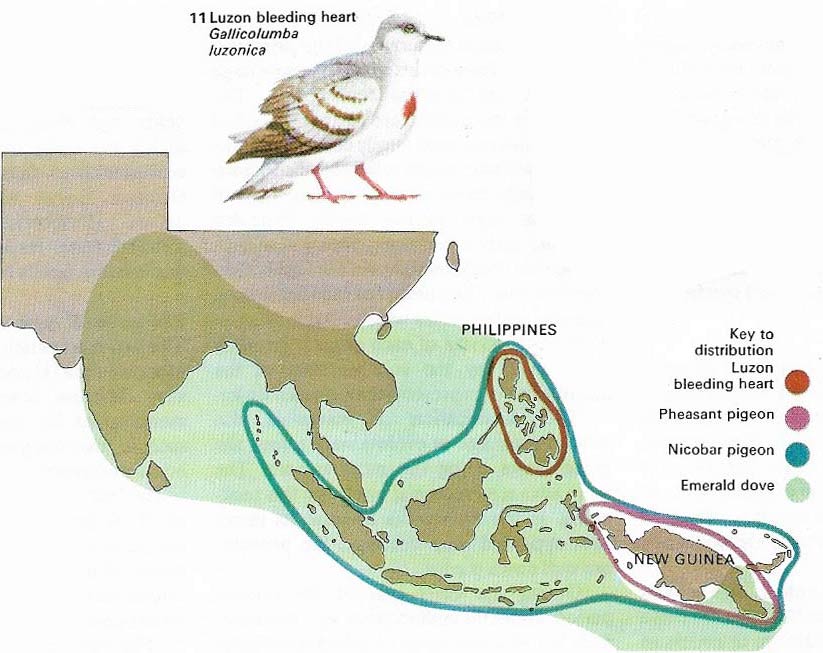 The Luzon bleeding heart is a sedentary bird, one of five species confined to the Philippine Islands. 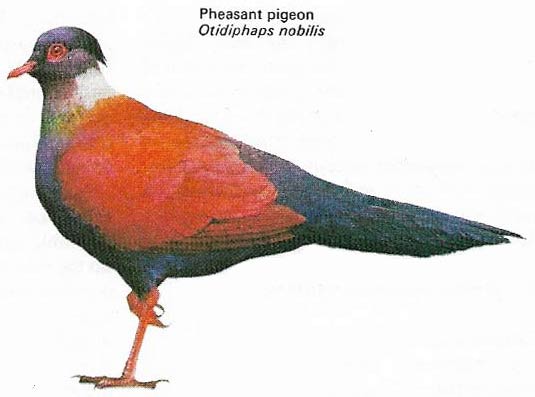 A shy, crow-sized bird, the pheasant pigeon is capable of only short bursts of flight. It inhabits dense hill forests of New Guinea and adjacent islands. 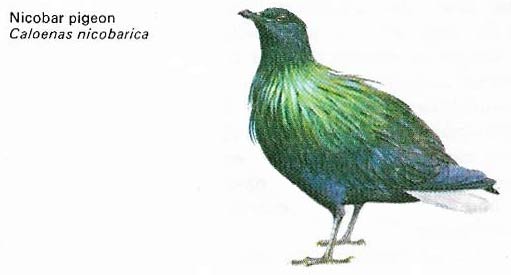 The Nicobar pigeon is a ruff-necked species that inhabits densely forested islands from Malaysia to the Solomon Islands. It lives mainly on hard seeds, but also on fruits and insects. 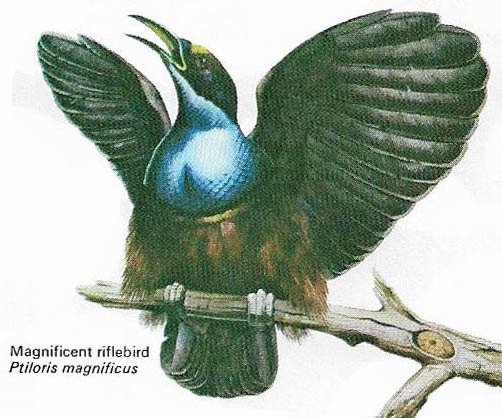 The magnificent riflebird is an agile climber in its search for insects. It is somber-looking until seen in the rays of the New Guinea sun. 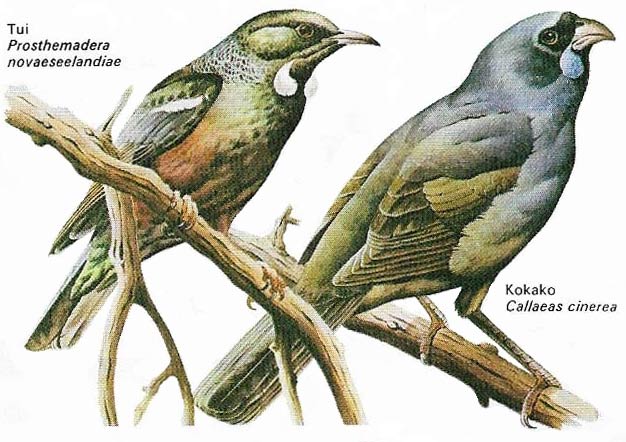 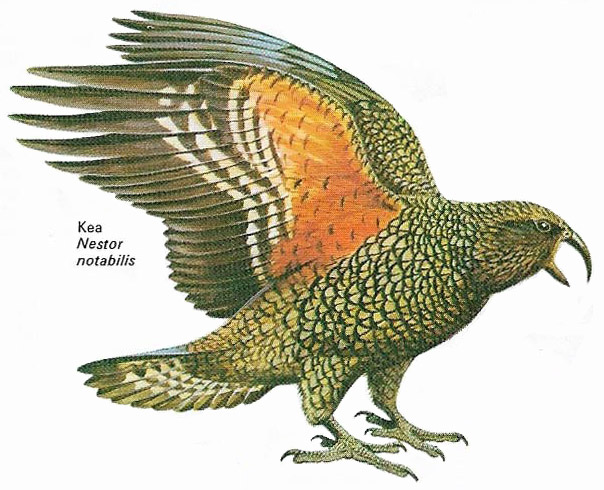 A New Zealand mountain parrot, the kea, feeds mainly on carrion. It was the victim of an extermination campaign when falsely branded as a sheep-killer. 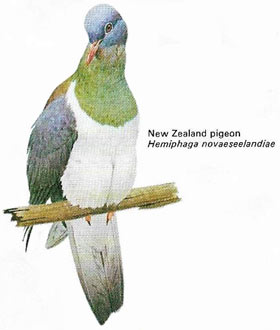 The forest dwelling New Zealand pigeon was saved from extinction by protective measures. 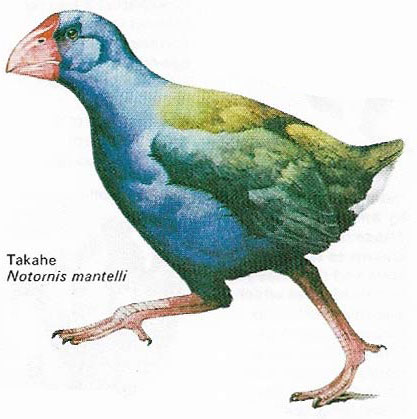 The takahe, a giant rail, was thought extinct until rediscovered in 1948 in New Zealand. 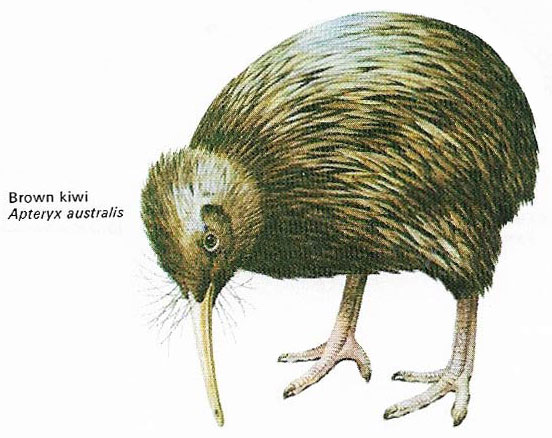 The brown kiwi is the commonest of the three New Zealand kiwi species. It seems less vulnerable to predators than the others. It lives in forests areas where it feeds on worms and insects. 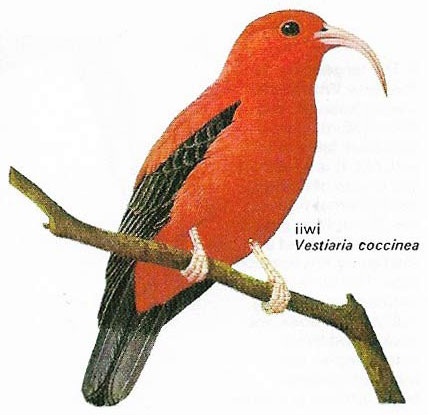 The iiwi is a long-billed, nectar-feeding honeycreeper fairly common in Hawaii.

When islands first emerge from the sea, only nesting seabirds and turtles can find a use for such barren hulks of rock and coral. Land-based birds arriving at this stage must either depart or perish; only after vegetation is well established can these species have any chance of surviving. Purely insect-eating species must wait even longer before the island can provide a life-supporting food supply. Those few birds that do settle tend, in contrast to mainland species, to become more versatile and adaptable than their mainland counterparts, and exploit the relatively few feeding niches that are available to them.

Over a quarter of all island species have become extinct through over-specialization and fortunes of the remainder turn on the delicate ecological balance of their habitats; the smaller the island the finer the thread on which survival depends. On the smallest islands extinction may follow natural fluctuations in population and the arrival of man, with his introduction of rival bird species and predators, does nothing to improve their survival. Hunting is also a major factor in the decline or extinction of many island birds.