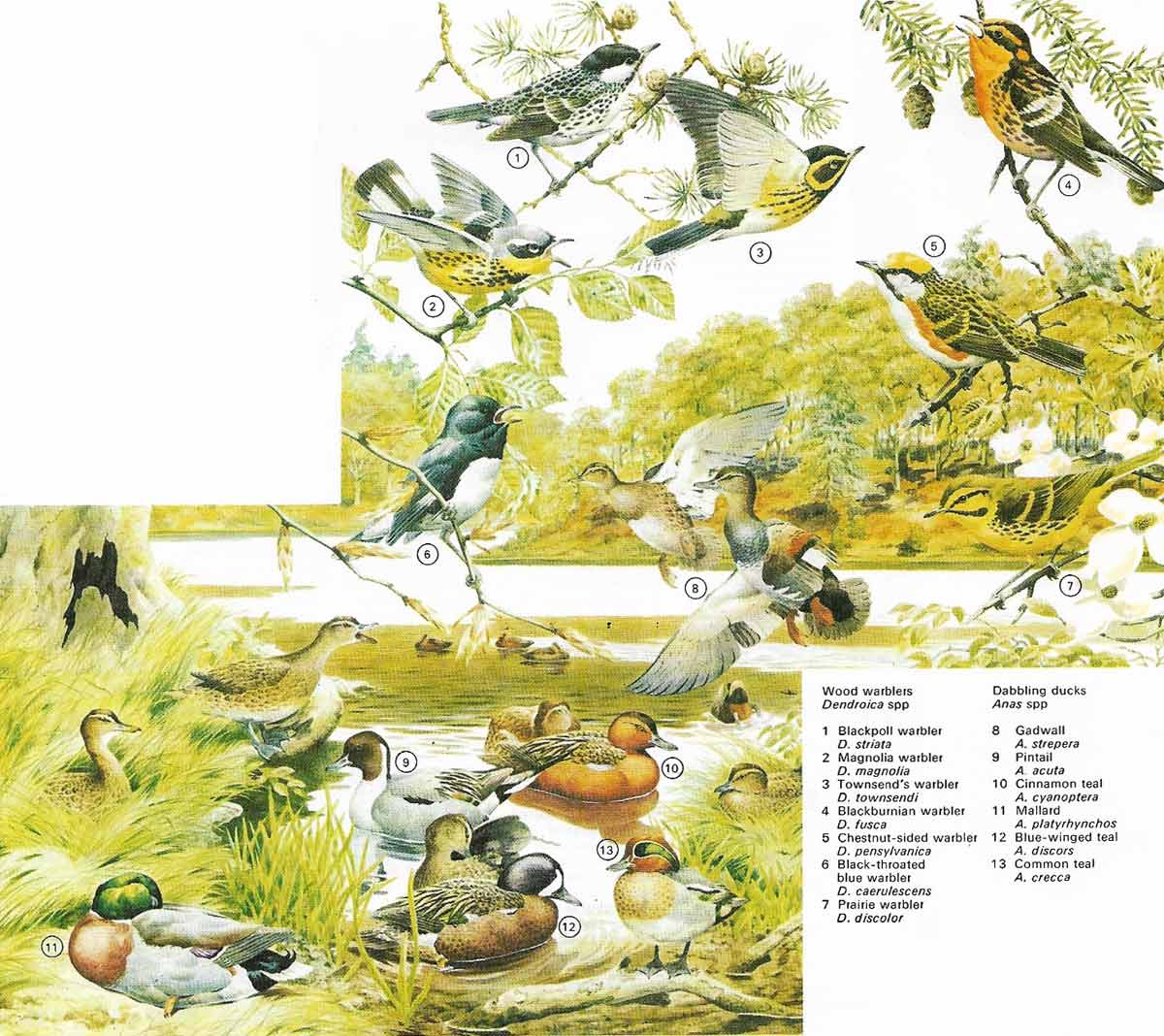 Reproductive isolation through different plumage and displays in closely related species can be clearly seen in the ducks of the genus Anas and the American wood warblers of the genus Dendroica. In North America there are 13 Anas species of dabbling ducks – or "puddle" ducks - and 20 Dendroica warblers. Several species often live together and must be reproductively isolated in order to avoid producing unhealthy hybrids. This is achieved by a combination of color, form, movement, and vocalization which is distinctive for males of each species, together with an instinctive preference on the part of the female for the male who gives the "correct" display. Thus half a dozen species of ducks may be found on the same stretch of water, even in the breeding season, without any significant confusion occurring. The same applies to the warblers. In both the Anus ducks and the Dendroica warblers the distinctiveness of the males is enhanced by a striking breeding plumage. The females are very similar in appearance, apparently even to the birds themselves. Anas and Dendroica males in the post-breeding season are extremely difficult to identify. 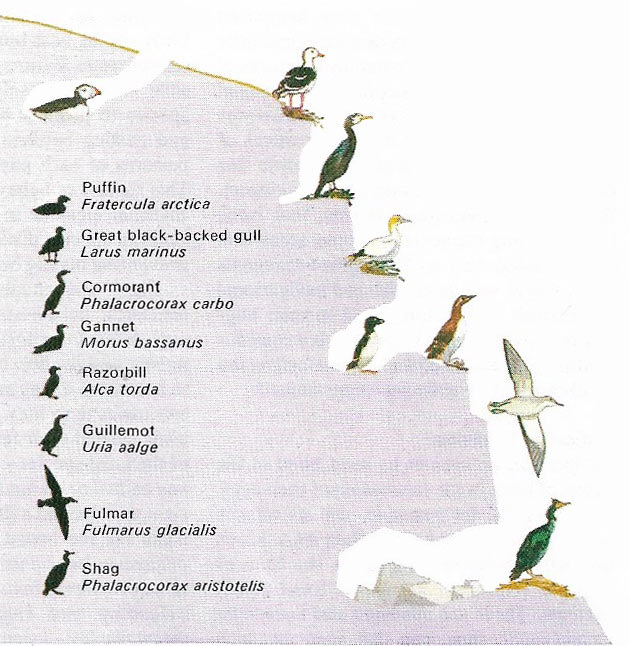 Fig 1. A sea cliff often provides a habitat of such variety that many different bird species may use it. These eight species of five families have each found suitable, though specialized, nesting sites. 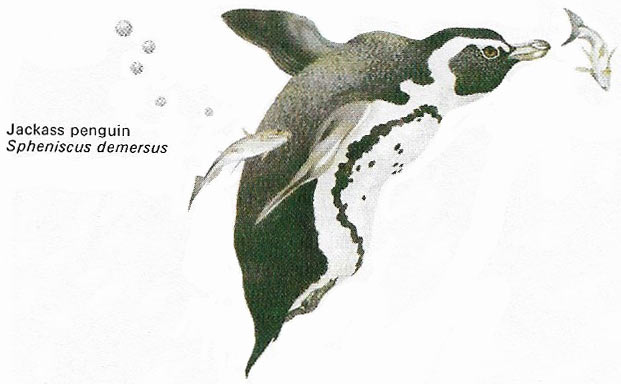 Fig 2. Penguins are the most aquatic of all birds, the 18 living species showing a mastery of their element that enables them to prey on fast-swimming fish with great success. The jackass is typical in its streamlined form, flipper-like wings and steering-paddle feet placed far back. The feathers have been modified to form a close-fitting scale-like wet suit, and the specific markings are largely on the head.

Fig 3. The puffin is a marine bird that finds its prey – primarily fish – entirely under water. Its aquatic adaptations are less extreme than those of the penguins. It is not so far back (hence it does not have to stand bolt upright) and the wings are still used for flight. But it can catch smaller or slower -moving fish for itself or for its unfledged chick. 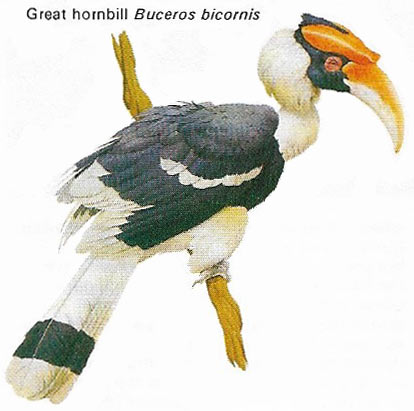 Fig 4. The 45 species of hornbills are found in tropical Africa and Asia. The enormously developed bill seen in the great hornbill is used for display and nesting purposes rather than for feeding. 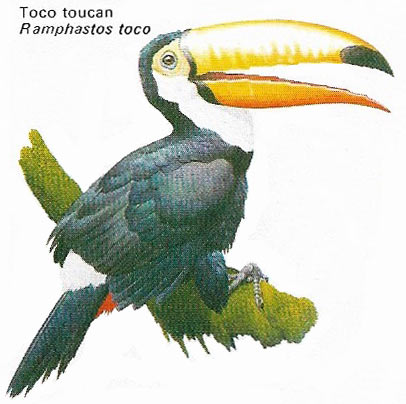 Fig 5. Toucans are the New World counterparts of the hornbills, some 35 species being found in the forests of tropical America. But they have even bigger and brighter bills. 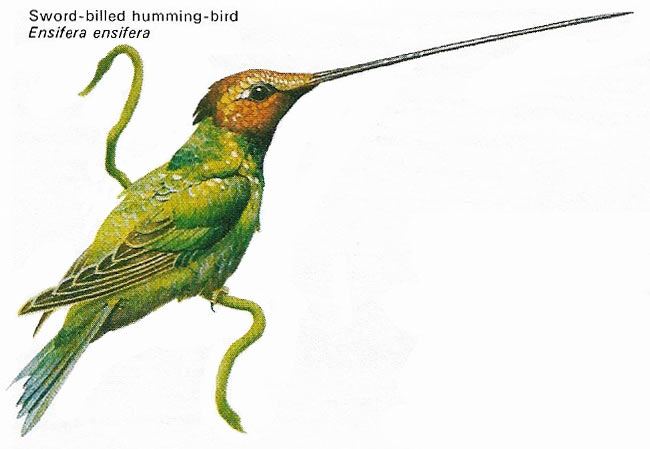 Fig 6. The hummingbirds of the Americas, number more than 300 species, live largely on nectar. Some use tubular tongues to suck nectar from flowers and may add to their diet insects trapped in or near blooms. Others have brush-like tongues. 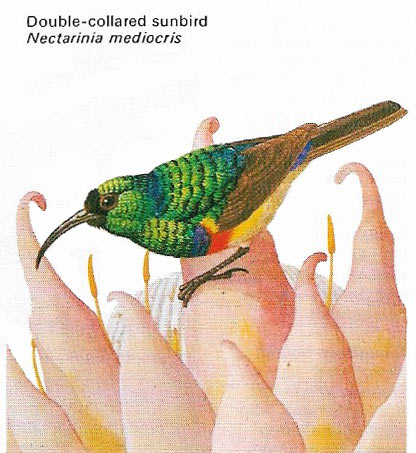 Fig 7.The sunbirds, numbering about 100 species, fill the nectar-feeding niche in Asia and Africa. The double-collared sunbird lives high in the mountains of Kenya and conserves heat by lowering its body temperature at night. 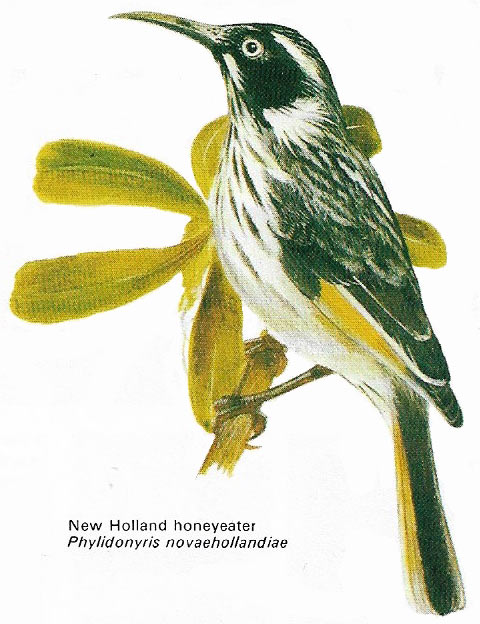 Fig 8. The 167 species of honeyeaters are the main insect – and nectar – feeding birds in Australasia. Long isolation without much competition has resulted in a wide adaptive range of form, of which the New Holland honey-eater is typical.

Within the limits imposed by their special adaptations for flight, birds show a remarkable range of form and habit. The largest living bird is the ostrich (Struthio camelus), which stands up to 2.4 m (8 ft) tall and weighs up to 136 kg (300 lb), while the smallest is the bee hummingbird (Mellisuga helenae), less than 6.3 cm (2.5 in) long and under 2.5 g (0.1 oz) in weight. In fact, the world population of bee hummingbirds – about 100,000 would weigh approximately the same as a pair of large ostriches.

The size of birds imposes a limit on their ability to fly, for weight increases proportionally more than lifting area as size increases. A heavier bird therefore needs proportionally more power for its weight. The trumpeter swan (Cygnus cygnus buccinator) is probably the heaviest living flying species, with a weight of up to 17.2 kg (38 lb). Its 3 m (10 ft) wingspan is exceeded only by that of the wandering albatross (Diomedea exulans), which may be 3.5 m (11.5 ft) or more. It would be interesting to know the flying abilities of the apparently larger, but extinct, giant condor Teratornis which lived in the Pleistocene period some two million years ago.

The flying abilities of birds, coupled with their capacity for regulating a high body temperature, have made possible a range of ecological and behavioral variation seen in few other groups. The 8,600 species (approximately) of birds are distributed throughout almost every part of the world.

Birds breed almost anywhere except in the sea. Nests may be on or in the ground, in holes in trees, cliffs or buildings, in low bushes or in the tallest trees, even floating on still water. Some species nest in enormous colonies, others make no nest at all, laying their eggs on the ground or on cliff ledges. The "mound builder" birds (Megapodidae) use the heat from the fermentation of rotting vegetation, or hot sand, to incubate their eggs. And the emperor penguin (Aptenodytes forsteri) breeds in the depths of the Antarctic winter. The male bird, which incubates the egg, stands on ice at temperatures below -60°C (-76°F) for 64 days holding a single egg on its feet before the chick hatches.

A remarkable variety may also be seen in feeding habits. Birds have adapted to all the principal food sources, from the smallest planktonic organisms to the largest whale carcasses. Different avian predators specialize in feeding on a great range of prey organisms, from the smallest invertebrates to birds and mammals several times their own weight. Some birds store food and use the stores in winter; others feed on parasites that live on mammal skins, the tissue itself and on blood. The Egyptian vulture (Neophron percnopterus) casts stones at ostrich eggs to break them open, and one Galapagos finch (Camarhynchus pallidus) forces insects out of tree holes and crevices by means of a cactus spine or twig held in its bill.

Some birds are parasites upon other avian species. The European cuckoo (Cuculus canorus) is a well-known example. This species, like the brown-headed cowbird (Molothrus ater) of North America and some other species, lay its egg in the nest of a "host" bird, leaving the host to rear the young. Other birds, such as the skuas (family Stercorariidae) are kleptoparasites, forcing neighboring sea birds to disgorge their food.

The plumage of birds shows a wide range of form, pattern and color. Some species are brighter than the most exotic flowers or jewels, others are as sombre as desert sand or the blackest night. Some of the brightest species are the pheasants (family Phasianidae) and the birds of paradise (family Paradisaeidae).

An additional and unusual example of behavioral variety in birds is that of the satin bowerbird (Ptilonorhynchus violaceus). Like the other bowerbirds, all found in Australia and New Guinea, the male of this species builds a bower of twigs on the ground in which to display itself to the female. The bower is decorated with objects such as feathers and flowers similar in color to those of the bird's rivals, and is orientated north-south so that the bird is not dazzled by the sun when displaying. Additionally, this species "paints" its bower with fruit pulp held in a spongy wad of fibre retained in the bill. The male bird may display for several months, posturing with display objects held in the bill until, with the seasonal appearance of insect food for the young, mating takes place.

Bird behavior, although advanced, does not necessarily indicate "intelligence" on the part of the bird. But the variety of of bird behavior increases through "insight learning". This may occur when tits (family Paridae) find there is cream in the tops of milk bottles, quickly learning through their own experience or by watching other birds that they have only to peck through the bottle top to reap the benefit. A similar process may also occur when tits and crows (family Corvidae) learn to pull in a length of string in order to obtain food attached to the end. That this kind of behavior may involve insight is suggested by the results of experimental work with crows, parrots (family Fringillidae), showing that they can learn to "see into" a situation and modify their behavior accurately. Such abilities may increase enormously the variety of bird form and activity.