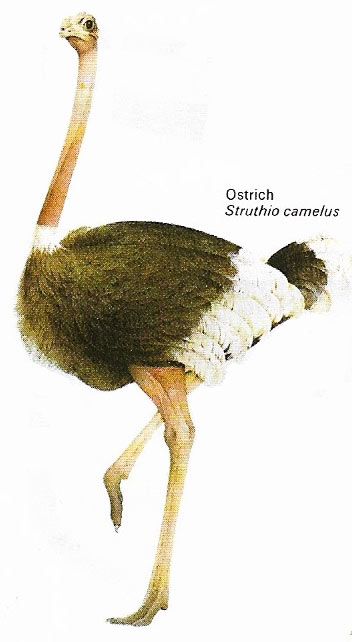 Fig 1. Africa is the home of the ostrich, the largest living bird. The single species is the only member of the order Struthioniformes. 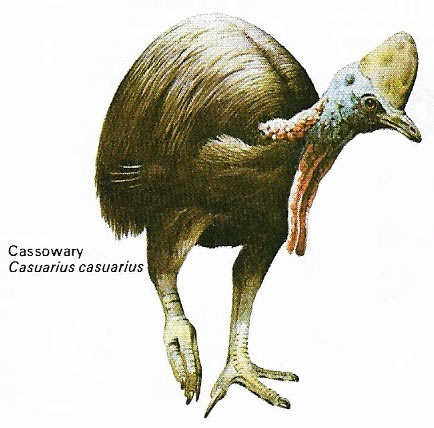 Fig 2. The South American rhea is ostrich-like. Its order, the Rheiformes, has two species in one family. 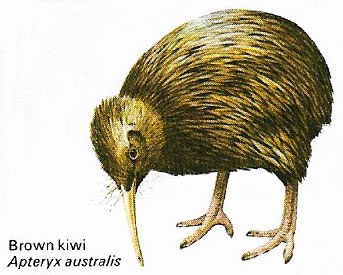 Fig 3. Kiwis come from New Zealand, where there are three species. They belong to one family in the order Apterygiformes. 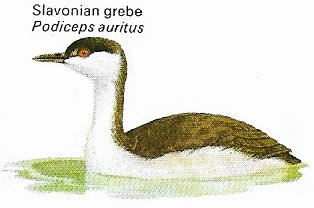 Fig 4. Slavonian grebes belong to the order Podicipediformes, which contains 20 species in one family. 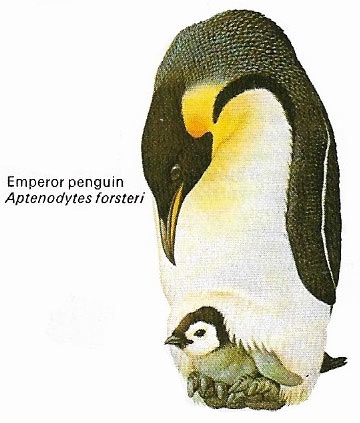 Fig 5. The largest of all penguins, the emperor penguin, is found in Antarctic seas. There are 17 species of penguin in a single family, the Sphenisciformes. 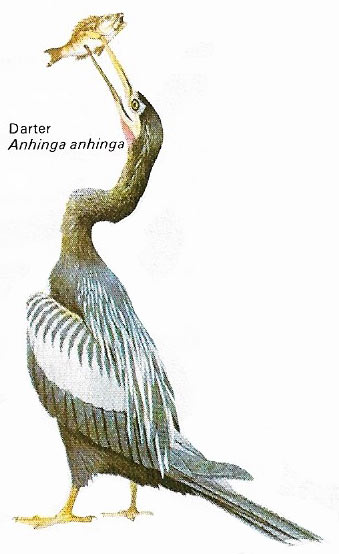 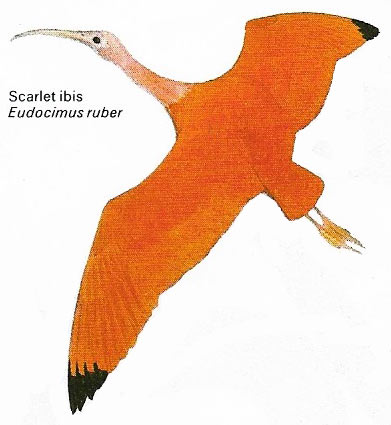 Fig 7. The scarlet ibis is a colorful member of one of the six families in the order Ciconiiformes. 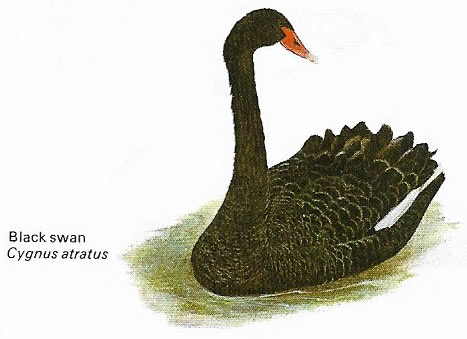 Fig 8. From Australia comes the black swan, one of the 147 species of the duck family in the order Anseriformes. 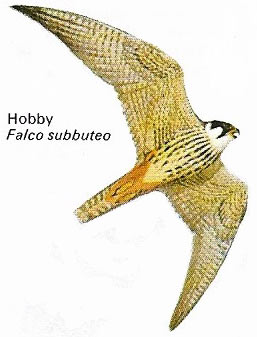 Fig 9. Diurnal birds of prey in the order Falconiformes include falcon, secretary bird, vulture, osprey, and hawk families. The hobby is a typical falcon. 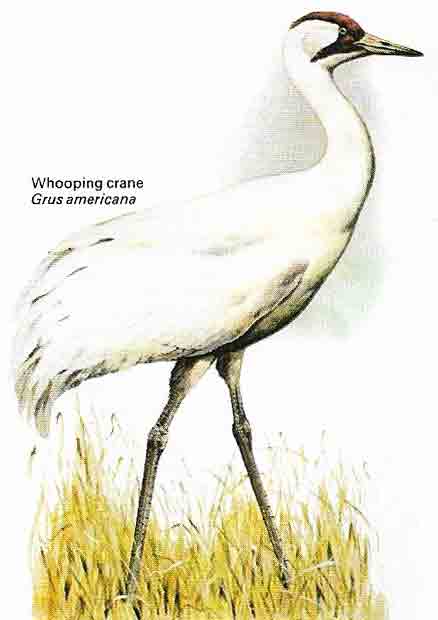 Fig 10. A rare bird from North America is the whooping crane. It is classified in the order Gruiformes, the members of whose 12 families are mostly wading birds. 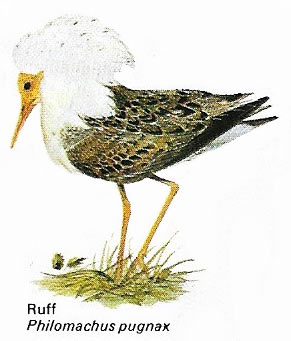 Fig 11. The ruff (order Charadriiformes) is a member of one of the 16 families forming this group.

Fig 12. Dry grasslands and deserts are the home of the sandgrouse (order Pteroclidiformes). 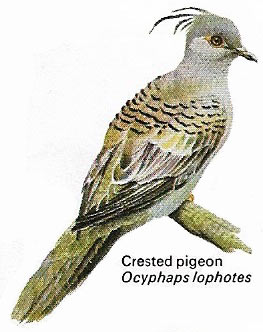 Fig 13. The Australian crested pigeon belongs to the single family in the order Columbiformes. 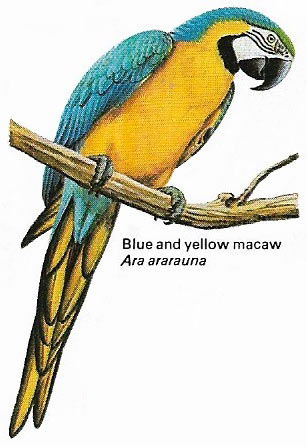 Fig 14. One of the widespread parrot family in the order Psittaciformes is the blue and yellow macaw. 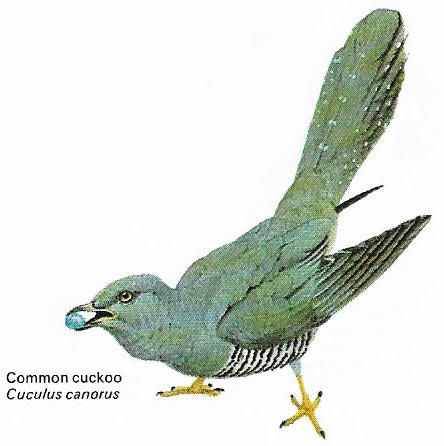 Fig 15. The cuckoo belongs to the larger of two families that make up the order Cuculiformes. 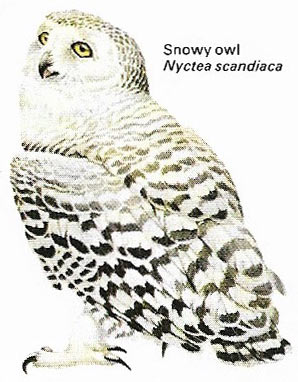 Fig 16. Snowy owls of the Arctic belong to one of two owl families, both mostly nocturnal, that together make up the order Strigiformes.

Fig 17. Large-mouthed insect-eating birds such as the nightjar make up the order Caprimulgiformes. 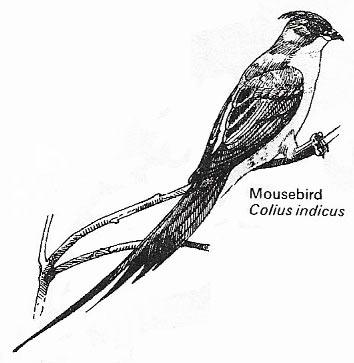 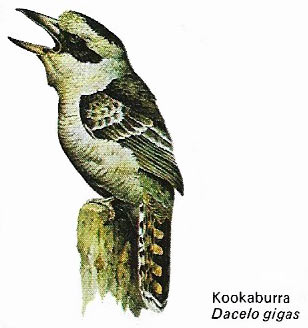 Fig 19. Kingfishers, hornbills, and bee-eaters are three of the nine families in the order Coraciiformes. 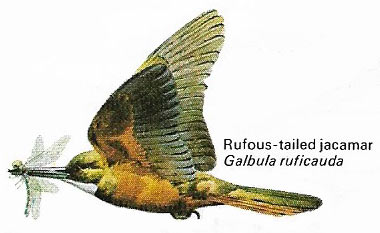 Fig 20. Woodpeckers and their allies make up a worldwide group that includes jacamars and toucans. The six families are all classified in the order Piciformes. 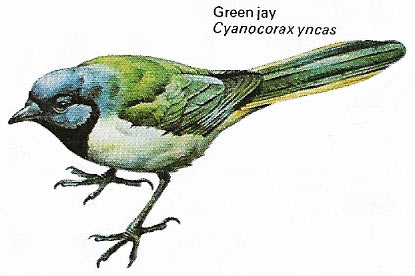 Fig 21. The largest order of birds is the Passeriformes, with more than half the living species. It includes crows, tits, antbirds, and finches.

The study of wildlife is possible only if each specimen can be labeled adequately and unambiguously. The system of labelling birds currently in use was propounded by the Swedish naturalist Carl Von Linne (1707–1778), whose name is more familiar in its Latinized form of Carolus Linnaeus. He proposed that every living creature should have a "binomial" consisting of a generic and specific name. The carrion crow, for example, belongs to the genus Corvus and is specifically Corvus corone. Each of the 8,600 bird species has its own name.


The basis of grouping

Several genera of closely related birds are grouped together in families and when more than one family is considered to have descended from a single ancestral form then these families are grouped in the same order. In the case of the Corvidae, the family to which the crow belongs, the appropriate order is the Passeriformes (Fig 21) – the largest bird order, containing 57 families, including finches (family Fringillidae), the starlings (family Sturnidae), the thrushes (family Muscicapidae), and the swallows (family Hirundinidae). All the 28 orders of birds are classified in the class Aves and the sub-phylum Vertebrata (the back-boned animals).

Although birds are placed in their respective groups largely on the basis of detailed anatomical and behavioral comparisons, in recent years the analysis of the egg – especially of the proteins in the egg white – has been used. This procedure caused a great deal of controversy among taxonomists because affinities of various bird groups have been suggested that are not in accordance with traditional ideas. The taxonomic problems created by several aberrant groups were solved, however, by egg-white protein analysis. The hoatzin – long given a family of its own – is now, as a result of this technique, considered to be a strange cuckoo and placed in the family Cuculidae which, with the turacos, form the order Cuculiformes (Fig 15).

Examination of the anatomy of the flamingos (family Phoenicopteridae), showed similarities to the storks (family Ciciniidae, order Ciconiiformes) but studies of their behavior and feather lice suggested relationships with the ducks and geese (family Anatidae, order Anseriformes). On the evidence of egg-white proteins, however, flamingos are now thought to be more closely related to herons (family Ardeidae) in their original order, the Ciconiiformes.

The several species of large ground-dwelling birds – the ostrich, rhea, emu, and cassowary – all resemble each other quite closely but are thought to have arisen independently and as such are examples of a phenomenon called convergent evolution. They are thus classified in separate orders – the ostrich in the Struthioniformes (Fig 1), the rhea in the Rheiformes, and both the cassowary and the emu in the order Casuariiformes (Fig 2).

The strange New Zealand kiwi also has its own order, the Apterygiformes (Fig 3). Similarly the divers are alone in the order Gaviiformes, the grebes in the Podicipediformes (Fig 4), and the penguins in the Sphenisciformes (Fig 5).

The families of tube-nosed seabirds, the petrels, albatrosses, and shearwaters, are united in the order Procellariiformes. All the six families contained within the order Pelecaniformes (Fig 6) are water dwellers.

The six families of large, long-legged wading birds – herons, the shoe-bill, the hammerhead, storks, ibises, and flamingos – are in the order Ciconiiformes (Fig 7). Although differing in appearance from the ducks, geese and swan anatomical studies place the three species of screamer (family Anhimidae) in the same order, Anseriformes (Fig 8).

Diurnal birds of prey, including the vultures, are placed in five families and combined in the order Falconiformes (Fig 9). The single family of terrestrial game birds of South America, the tinamous, have an order, the Tinamiformes, to themselves.

Pheasants, grouse, guineafowl, and turkeys are all ground-dwelling game birds classified with the remarkable megapode family of Australasia and South American curassow family in the order Galliformes.

Many members of the Gruiformes (Fig 10) are aquatic birds. Those that are terrestrial, such as the bustards and hemipodes, fly only rarely. Wading behavior is a feature of several Charadriiformes (Fig 11), an order that includes the plovers, avocets and oystercatchers, the gulls, and the auks.

The sandgrouse are a one-family order, the Pteroclidiformes (Fig 12), as are the pigeons and doves of the Columbiformes (Fig 13), and the parrots of the Psittaciformes (Fig 14). The Strigiformes (Fig 16), owls and barn owls, is composed of just two families.

Nocturnal life-styles and large mouths are the features shared by most birds in the five families of the order Caprimulgiformes (Fig 17), a group that includes the frogmouths and nightjars; and small feet and legs characterize and give the name to the order Apodiformes, the group to which the swift's and hummingbirds belong.

Some rather peculiar birds, the mousebirds or Coliiformes (Fig 18) and the trogon or Trogoniformes, make up two single-family orders. The spectacular kingfishers, hornbills, and cuckoo-rollers represent three of the nine families in the order Coraciiformes (Fig 19), while the Piciformes (Fig 20) are the woodpecker-like birds of which the toucans comprise one of the six families.