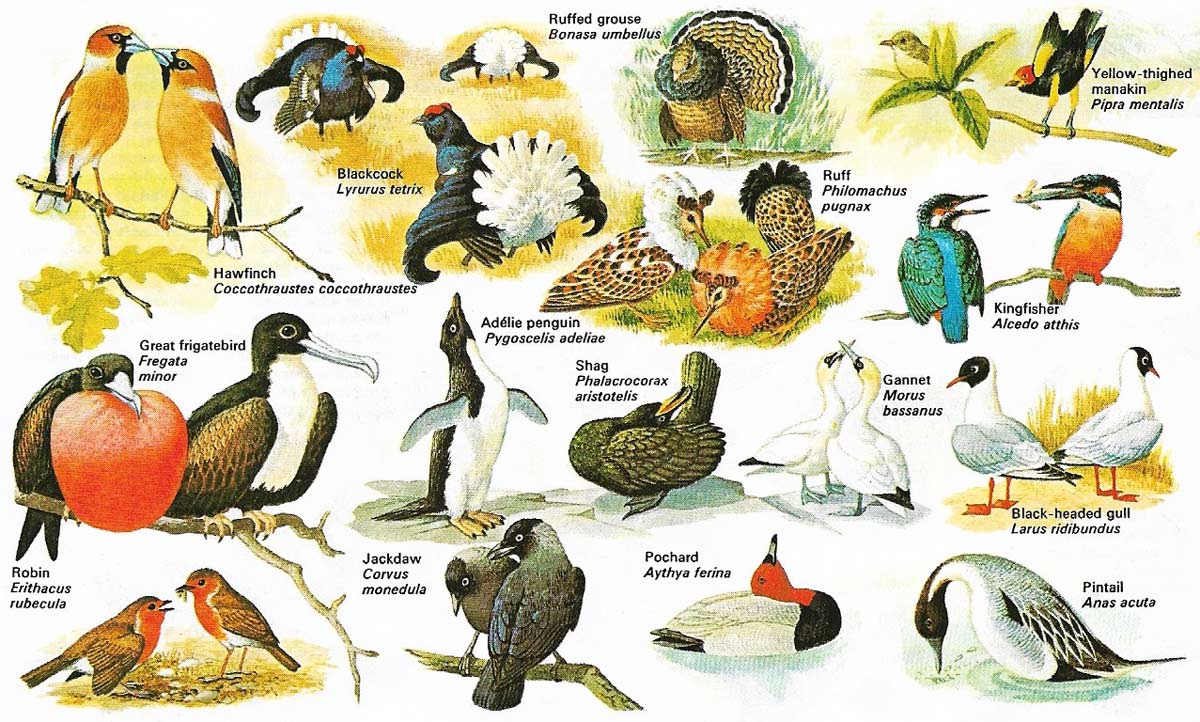 Courtship leads birds to a wide variety of displays, some of which are shown here. The most obvious is male adornment as with the plumage of the bird of paradise and the grouse. Bizarre movements often accompany plumage changes, as in manakins and penguins. Simple feeding gestures can also be significant, as in robins and kingfishers. Hawfinches tend to be courtly in their approach. If stress builds up, "cut off", shown here by black-headed gulls who are head flagging, often reduces tension. 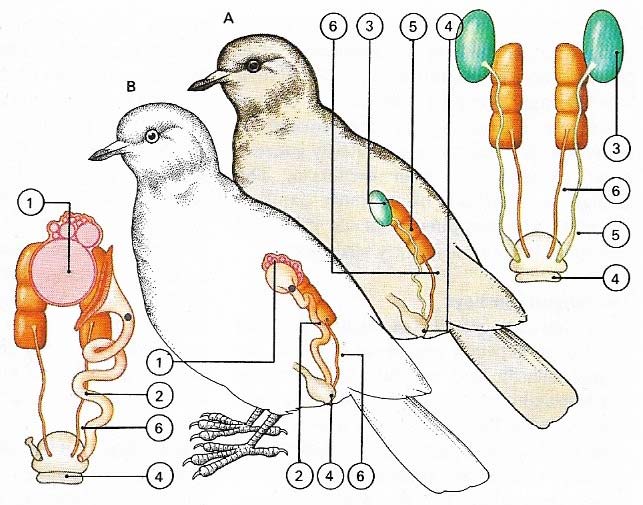 Fig 1. In adult pigeons, the male (A) and female (B) urinogenital systems have basic similarities. In the female, the reproductive system is made up of the left ovary (1) and the oviduct (2) only, the right side being reduced to leave room for the relatively large egg. Eggs and sperm from ovaries and testes (3) pass to the cloaca (4) via the oviduct and vasa deferenntia (5), respectvely. The kidney ducts (6) also open into the cloaca. 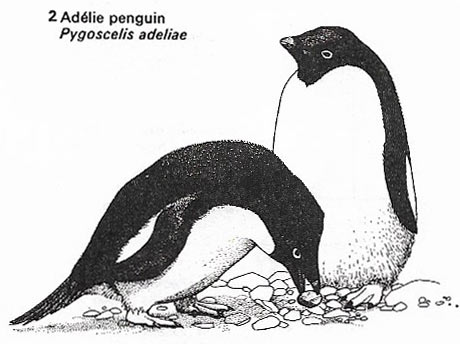 Fig 2. Between Adélie penguins, courtship includes the presentation of nest stones by the male. This reinforces the attraction of the birds to a particular spot to which they return yearly. The birds occupy "rookeries" in the Antarctic spring (Sept/Oct) travelling more than 300 km (200 miles) over sea, ice, and snow to reach them. They usually hatch their two eggs after 35 days. 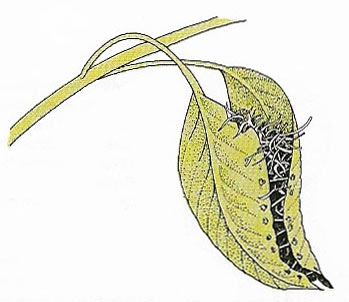 Fig 3. The tailor bird (Orthotomus sutorius) is one of the species that has fitted in with human development, occupying gardens and verandas where there are suitable plants for nest-making. This involves sewing two leaves together to make a basket, inside which a nest is built. The bird makes holes in the leaf margins with its bill and "sews" the edges together with cotton, grass, or wool.

Fig 4. The chicken's egg is surrounded by a strong calcareous shell which has two lining membranes. These enclose the albumen that surrounds the yolk, on top of which is the ovum (A). A fertilized egg develops quickly if incubated, the heart pumping blood after only three days. After nine days, capillaries (minute blood vessels) extend over the yolk, transporting nutrients to the developing chick (B). This is ready to hatch after 21 days (C). Downy chicks (D) such as chickens or duckling,s can follow the parent as soon as they are dry after hatching, and are called nidifugous. Nidicolous young are almost helpless (E). 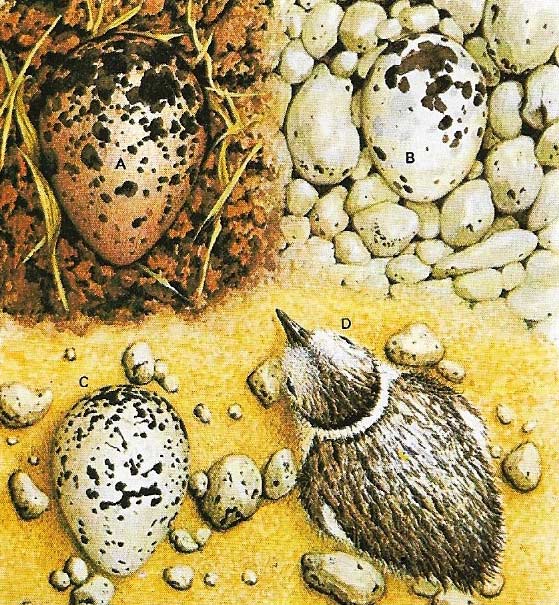 Fig 5. The lapwing nests in open fields (A) while the little tern (B) and the ringed plover (C) nest on the seashore. Eggs and chicks (D), and often the adult birds of these and other ground-nesters, match their surroundings almost to perfection and are said to be cryptically colored. This camouflaging of the young is most effective when they crouch motionless at the approach of a potential predator.

Fig 6. Pheasants, such as the koklass, illustrate the difference between the sexes in many birds. The males generally sport bright attractive colors while the female has cryptically colored plumage for defence while incubating. 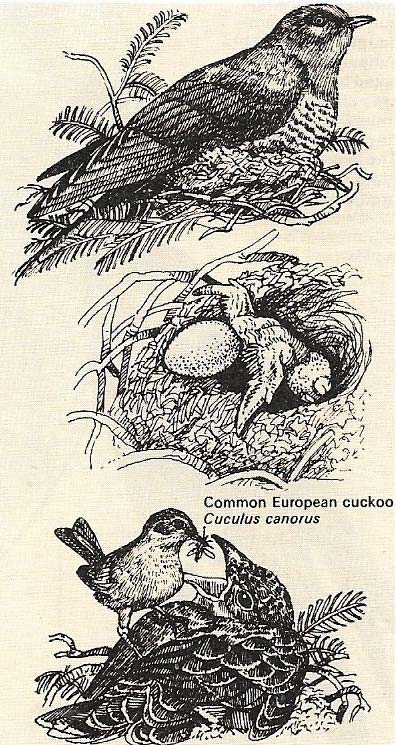 Fig 7. "A cuckoo in the nest" is serious if the species is the common European cuckoo. This bird lays its egg in the nests of a small host species. The nestling ejects its nest-fellows, this receiving all its foster parents' attention.

The laying of a clutch of bird's eggs is the result of mating, which in turn is the result of courtship. The courtship displays of birds, some examples of which are shown in the illustration above, are as varied as the birds that employ them and are essential to successful procreation.

Visually – to human eyes at least – some bird displays may seem to be almost non-existent, as in the European robin (Erithacus rubecula), but this is a species with a highly developed song. Songbirds have evolved their characteristic songs for the establishment and maintenance of the pair-bond, as well as for territorial advertisement and warning off intruders. In species of similar appearance living in the same area, such as the willow warbler (Phylloscopus trochilus) and the chiffchaff (P. collybita), the differences in song seem to be the principal means of both specific and individual recognition, to the birds as well as to humans.

The most complex bird courtship displays are those of the bowerbirds and other members of the family Ptilonorhynchidae, widespread in Australasia. Not only are the males of many species very brightly colored but many also have outstanding powers of mimicry – probably the best in the animal kingdom – and build elaborate display grounds (bowers) in which they conduct their courtship. Some species build mounds, huts, or avenues; the ground and their buildings may be decorated with fruits, flowers, shells, or bones; some species even paint their bowers with a mixture of saliva and dried grass, charcoal, or fruit pulp.

The nests of birds (Fig 3 and below), where the eggs are laid, vary from mere scrapes in the ground as made by nesters like the waders, to large intricately woven and even communal structures like those of the weaver birds (Ploceidae). Some birds, such as the auks (Alcidae), make no nest at all, and lay their eggs on the bare rock. A most extreme case is the emperor penguin (Aptenodytes forsteri), which incubates its egg on its feet, covered with a flap of feathered belly, through 64 days and nights of darkness and bitter cold in the Antarctic winter.

The bird's egg (Fig 4) is an adaptation for embryonic development on dry land. It is a closed system: within the shell when it is laid, there is provision for the nourishment of the growing embryo, room for it to develop, mechanical protection, and a means of dealing with waste material. Birds' eggs are uricotelic; that is, the excretory product (waste) of the embryo is largely uric acid. This is a highly insoluble substance and therefore does not dissolve in the embryo's body fluids. It remains inert in the egg and is left behind when the fully developed embryo hatches and is removed by the adult bird along with the discarded egg shell.

The formation of an egg in the oviduct (Fig 1) follows a carefully controlled sequence of events. Following courtship, the act of mating can take place either on the ground or in the air. The male has no penis, so to transfer his sperm to the female he must press his genital opening, or cloaca, close to her cloaco. This "cloaca kiss" takes only a few seconds to complete. The male's sperm then swims up the female's oviduct and fertilizes the egg. After fertilization, the egg proper – ovum plus nutrient yolk - passes down the oviduct. It is then covered by the protective jelly-like albumen or "white" of the egg, then by two shell membranes and the shell. The last is deposited in layers and is followed by a thin cuticle. The pigments that give the egg its specific appearance are deposited mainly in the outer layers of the shell and in the cuticle. They consist of two basic colors: red-brown and blue-green. These two pigments give a remarkable range of egg patterns. Some of the most striking colored eggs are those of birds that nest on the ground in the open, such as the waders, gulls, terns, and nightjars. The eggs of tinamous are unusual in that they have the appearance of polished porcelain and a range of colors including chocolate, grey, purple, and near-black.

The shapes of birds' eggs vary considerably, from the well-known ovoid to the almost spherical eggs of some birds of prey and the pear-shaped ones of plovers and guillemots. There is also a great range of size in birds' eggs from the largest, that of the ostrich, to the smallest hummingbird's egg. The egg of an ostrich (Struthio camelus) is, on average, 15–20 cm (6–8 in) long and weighs about 1.5 kg (3.5 lb). That of the bee hummingbird (Mellisuga helenae) is only 11.4 mm (0.4 in) long and weighs about 0.5 g (0.18 oz), less than one 3,000 the weight of an ostrich egg. The largest egg known was laid by the now extinct elephant bird (Aepyornis maximus), from Madagascar. It's fossilized eggs are about 32.5 cm (13 in) long and must have weighed about 12.25 kg (27 lb).

The bird's egg is such an efficient structure for protecting the growing embryo inside that is necessarily difficult to break out of. The hatching bird therefore has to employ a special combination of "equipment" and behavior in order to get out of its shelly prison. By means of an egg-tooth at the tip of the upper bill and a series of vigorous upward nods of the head, the chick makes a series of ruptures ("pips") round blunt end of the egg, turning anticlockwise on its axis as seen from that end, until enough of the shell has been cracked to enable the chick to break the rest with one blow.