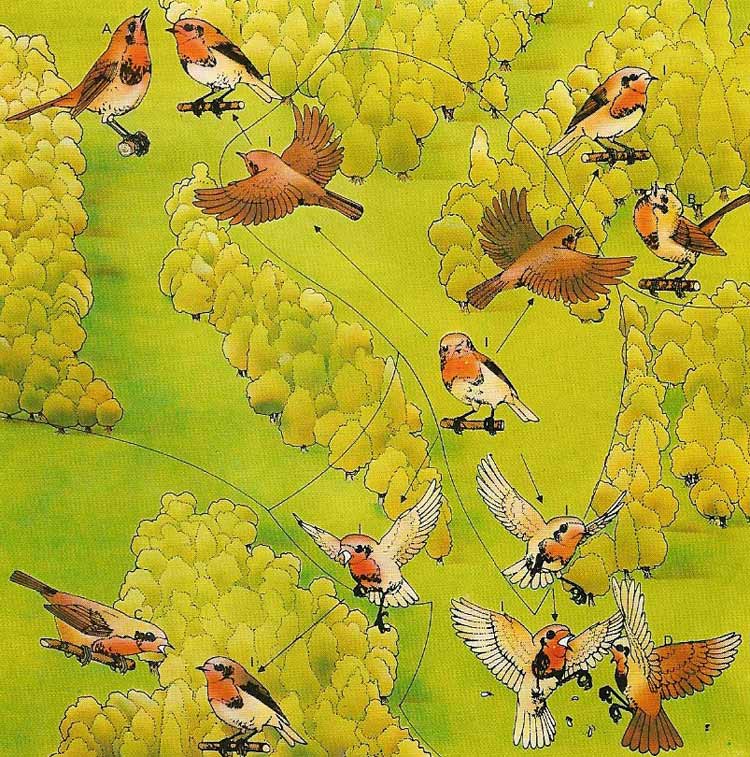 Fig 1. The threat posture of a robin defending its territory is designed to display the red breast (A) and varies according to the position of intruders (1). A defending robin adopts posture (B) when the intruding bird is above it, but posture (C) if the intruder is below it. If the threat display fails as a deterrent the defending robin may actually launch an attack (D). 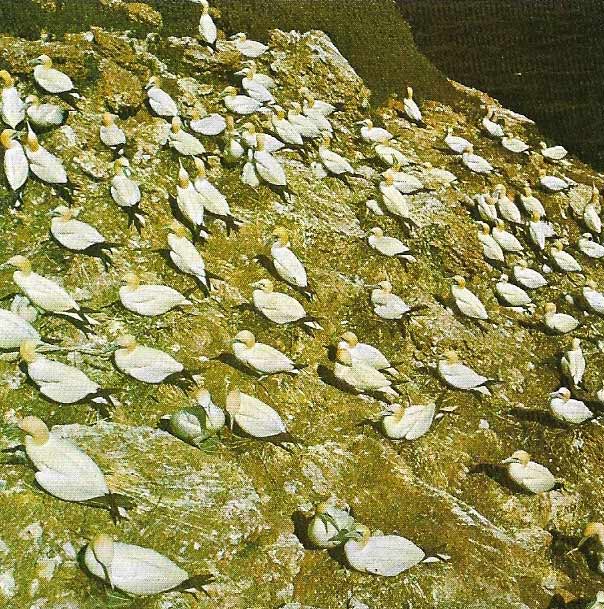 Fig 2. Rigid demarcation of territory can be observed even when birds gather in large social groups. An example is the uniform spacing between nests in a colony of gannets (Morus sp). 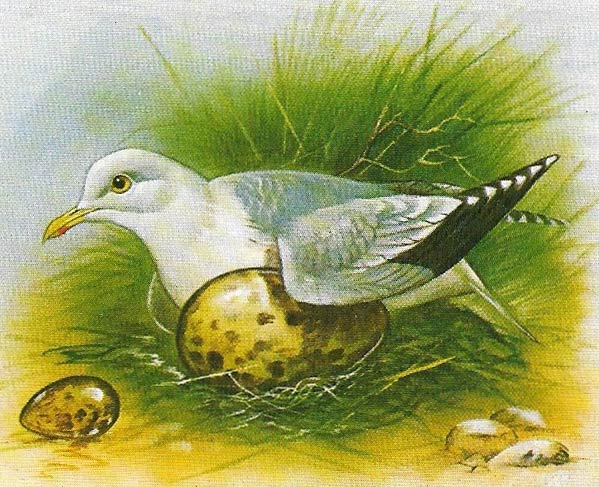 Fig 3. Herring gulls will sit patiently on abnormally large models of their own eggs, ignoring their real eggs. The normal stimulus for incubating behavior is the real egg and the outsize egg acts as a greater stimulus than normal and this will distract the full from inauthentic real eggs. The rigidity of instinctive behavior compels the birds to be tricked in this way. 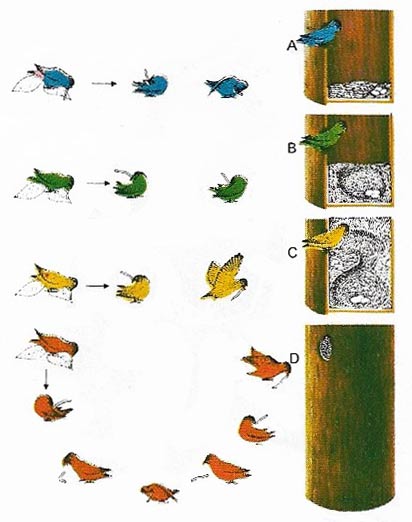 Fig 4. Various methods of carrying material and nest-building are shown by Madagascar (A), peach-faced (B), and Fischer's lovebirds (C). Hybrids (D) show conflicting patterns and are incapable of breeding.

Fig 5. Displacement behavior occurs when conflicting instincts are aroused. Rival male blackbirds (A), torn between fight or flight, may settle for pecking at leaves, whereas herring gulls (B) may react to a threat by pulling at grass. A threatened oystercatcher (C) may resolve the same conflict by taking refuge in "sleep". Sex-shy avocets (D) channel their drives into preening (for the male) or bill-dipping (for the female) before progressing to coition. 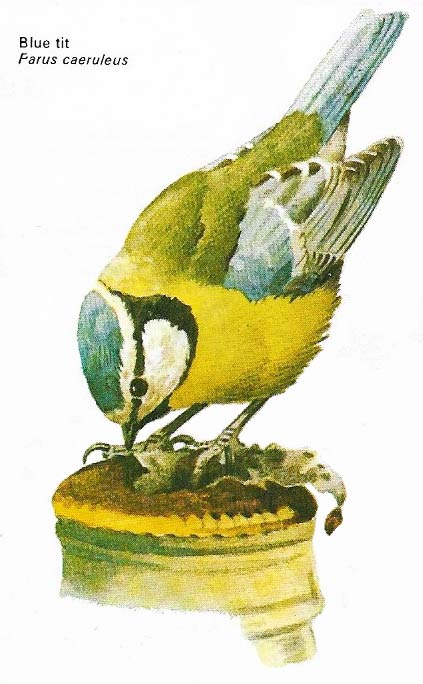 Fig 6. Tits learned to peck through metal-foil milk bottle tops to drink the cream. They not only learned where to find bottles but could also distinguish the colors of tops and select bottled richest in cream. 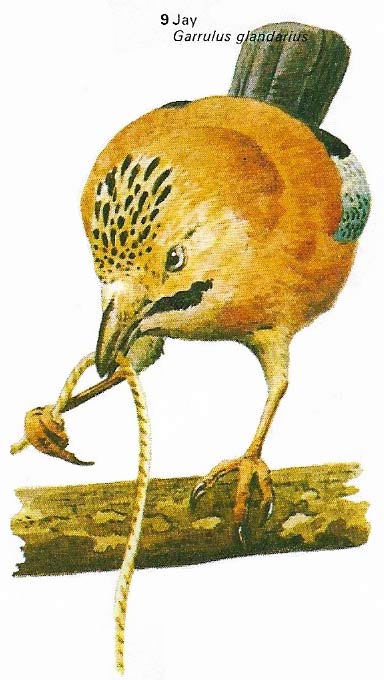 Fig 7. Ability to adapt to a novel situation is demonstrated by jays and other birds that can be taught to obtain food attached to a string by pulling up the string and anchoring it with a foot. 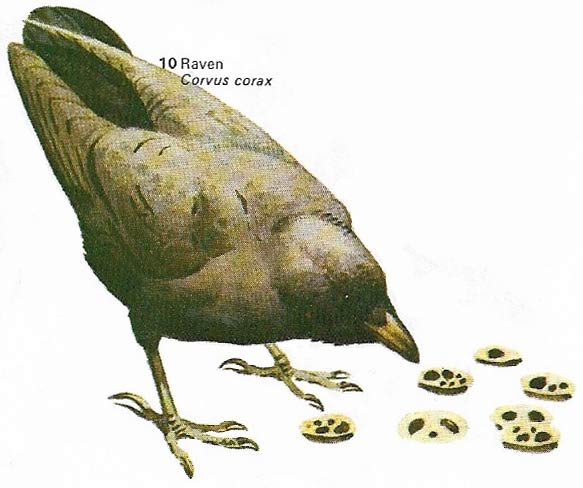 Fig 8. Ravens and other birds have been found capable of counting up to seven. Presented with a series of marks, they can associate these with the same number of marks on a box containing a reward.

Studies of bird behavior were hampered until recently by the idea that birds had little learning ability and were mainly creatures of instinct. This misconception was based largely on birds' lack of brain structures similar to those of cerebral cortices of mammals (the structures responsible for complex behavior and consciousness). Recent tests indicate, however, that birds have learning capacities in some areas that are exceeded only by the highest mammals (Fig 6, 7, 8) as well as unmatched navigational skills which are demonstrated in their migratory activities. Bird behavior is a complex mixture of the learned and instinctive, the flexible and the rigidly pre-programmed.

Instinct can be seen at its most blind in the habits of birds in the incubation of their eggs. Herring gulls, for example, will sit on any large egg at the expense of their own. Much instinctive behavior takes the form of intricate sequences known as fixed action patterns. These are inherited and tend to be stereotyped; they can be seen in such activities as fly-catching by insect-eating birds, or in nest-building. They are also a conspicuous feature of courtship. It is possible to cross closely related but different species to produce hybrids whose courtship and nesting behavior has elements of the patterns of each parent, as in lovebirds (Fig 4). This rigidity of behavior is thought to be an essential element in the natural process of keeping species distinct from each other by preventing mating between them.

Signs and rituals are also involved in territorial behavior (Fig 2). Most birds have well-defined territories within which they are noisier and livelier; and they generally seem to behave as if they are more at home in these territories than they are outside them. Such birds defend their territories from intruders of the same species – strictly speaking from any animal or inanimate object of roughly the right size that has a similar appearance. In the robin the red breast is the sign stimulus for defensive behavior (Fig 1). Such behavior, however, rarely involves a fight; instead the defending bird engages in a stereotyped threat display – a sign that the intruder should retreat. The intensity of display depends on the distance of the encounter from the territorial center. Cautious "sparring" occurs at the edge of a bird's territory but fighting may be involved at the center.

A bird sometimes finds itself in a situation that elicits two conflicting behavior patterns. At the boundaries between their territories, for example, males may be torn between fight and flight. And in the mating season many birds have to overcome their natural aversion to physical contact. Once the level of sex hormones reaches its peak the sex drive swamps the aversion, but there is a stage at which the two tendencies more or less balance one another. In such situations the bird resorts to actions known as displacement activities. These activities have nothing to do with the animal's innate drives: the male bird, for example, may preen its feathers or peck at something (Fig 5) instead of approaching a female.

In most of these behavior patterns there is an innate recognition of a specific inducing stimulus. But much bird behavior is modified by experience and some is entirely learned. An example of pre-programmed behavior with a single learned component is the phenomenon known as imprinting. Newly hatched ducks, goslings and chicks will imprint on and follow the first moving thing they see. This is usually their mother but behavior experiments have shown that baby birds will adopt a wide range of objects.

In imprinting the behavior is preprogrammed but there is no innate recognition of the parents. This knowledge is quickly learned and the young bird tends to adopt as its parent the first large moving object it sees. Not only will the young bird follow this object as a parent; later it will direct sexual advances towards it, as demonstrated by the famous experiments of Konrad Lorenz (1903–1989).

This kind of following is simple, automatic and innate, but more complex behavior, such as the production of the bird's characteristic song, sometimes involves a subtle combination of innate and learned influences. Some young songbirds, if reared in isolation, produce a song that has roughly the right length and number of notes for its species but the wrong tune. If a group of chaffinches, For example, is reared together without adults, each develops its own version of the species song, identical within the group but quite distinct from the usual song of the wild male.

One of the most striking examples of learning in birds is still shrouded in mystery, namely the ability of many birds to home accurately (as opposed to the migration of young birds, which has no learned component). Recently experiments have begun to reveal the complex combination of signals a pigeon uses to orientate itself. One of these is certainly the sun. But because pigeons can orientate themselves even under overcast skies, it seemed that there must be some other kind of "map". It was found that pigeons bearing magnets could manage to navigate in sunny conditions but became disoriented under heavily overcast skies. However, there are still many questions about the pigeon's navigation system that remain unanswered.