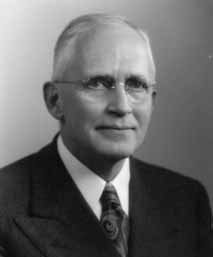 Alfred Joy was an American astronomer best known for his work on stellar distances, the radial motions of stars, and variable stars. After teaching astronomy for a number of years and spending a year at Yerkes Observatory, Joy came to Mount Wilson Observatory in 1915. There he applied Walter Adams's method of spectroscopic parallax to determine the distances of thousands of stars. When he retired nearly half of all published radial velocities of stars had been found at Mount Wilson, largely through his efforts. His measurements of the radial velocities of Cepheid variables confirmed the distance and direction of the galactic center and the Sun's rate of revolution about it. He also invented the classification of T Tauri stars and made extensive studies of them. Although he officially retired in 1948, Joy remained active at Mount Wilson for a total of nearly 66 years.