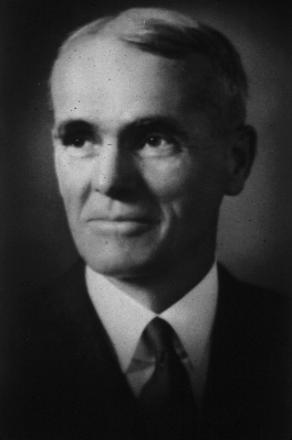 Walter Adams was an American astronomer who discovered the first white dwarf star. The son of American missionaries, Adams was born in Syria.

He followed his Dartmouth professor, Edwin Frost, to Yerkes Observatory in 1901, and accompanied his Yerkes director, George Hale, to Mount Wilson Observatory in 1904. Adams served as director of Mount Wilson from 1923 to 1946. His spectroscopic studies of the Sun and stars led to the discovery, with Arnold Kohlschütter, of a spectroscopic method for finding stellar distances: they showed that the relative intensities of spectral lines could be used to determine absolute magnitudes of both giant and main sequence stars. With Hale, he worked on the discovery of magnetic fields in sunspots and used photography to measure the differential rotation of the sun. His spectroscopic observations of the martian atmosphere in the 1920s and 1930s showed that Mars was unlikely to support anything but the most primitive kinds of vegetation. With Theodore Dunham, Jr., he shared the discoveries of carbon dioxide in the atmosphere of Venus and the molecules CN and CH in interstellar clouds.

Adams identified Sirius B as the first known white dwarf, and his measurement of its gravitational redshift was taken as confirming evidence for the general theory of relativity.