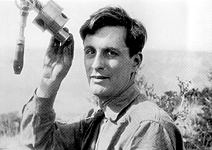 Theodore Dunham was an American astronomer at Mount Wilson Observatory who, together with Walter Adams, carried out spectroscopic observations of the planets. These observations helped confirm that the atmosphere of Venus is composed primarily of carbon dioxide and that methane and ammonia are predominant in the outer atmosphere of Jupiter and Saturn.

Dunham's research activities included development of coudé spectrographs (see coudé focus) at Mount Wilson and at Mount Stromlo Observatory in Australia, introduction of the Schmidt camera into spectroscopy, studies of stellar atmospheres and interstellar material, studies of planetary atmospheres, development of photoelectric detectors for spectroscopy, and application of physical methods for research in medicine and surgery.

He was a staff member of Mount Wilson Observatory from 1928 to 1947. During World War II from 1942 to 1946, he was Chief of the Optical Instrument Section of the Office of Scientific Research and Development under George Harrison and Vannevar Bush. He then spent several years applying physical methods to medical research, first from 1946 to 1948 as a Warren Fellow in Surgery at Harvard Medical School, and then from 1948 to 1957 at the School of Medicine and Dentistry and the Institute of Optics at the University of Rochester, where he developed instrumentation for spectrophotometric analysis of small regions of biological cells.

In 1957, Dunham joined the faculty of the Australian National University in Canberra, where he designed and installed a spectrograph at the Mount Stromlo Observatory for use with its 74-in telescope in studying the composition of the stars of the Southern Hemisphere. From 1965 to 1970 he was a Senior Research Fellow at the University of Tasmania, Australia. After returning to the United States in 1970, he resumed his earlier association with the Harvard College Observatory.