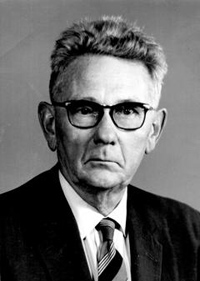 Luyten was educated at the Universities of Amsterdam and Leiden, and, after receiving his PhD in 1921, worked at Lick Observatory, Harvard College Observatory, and, for nearly 60 years, at the University of Minnesota. In the 1920s he used proper motions to obtain statistical parallaxes and refine the Hertzsprung-Russell diagram of local stars. Using plates taken in the southern hemisphere, many of them by himself at Harvard's Bloemfontein station, he found the proper motions of more than 120,000 stars. Later he repeated the National Geographic Society–Palomar Observatory Sky Survey, built an automated computerized plate scanner and measuring machine, and found 400,000 more – all this despite having lost the sight of one eye in 1925. Luyten determined the density of stars in space as a function of luminosity, discovered the great majority of white dwarfs then known, and also analyzed the orbits of many spectroscopic binary stars.