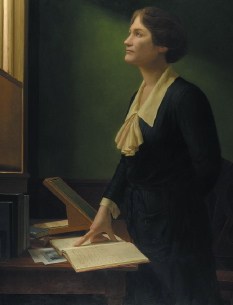 Cecilia Payne-Gaposchkin was a British-American astronomer (née Payne) who became the first female full professor at Harvard and one of the founders of modern astrophysics. She was among the first to apply the laws of atomic physics to the study of the temperature and density of stars, and the first to conclude that hydrogen and helium are the two most common elements in the universe.

Her Ph.D. dissertation, entitled "Stellar Atmospheres: A Contribution to the Observational Study of High Temperature in the Reversing Layers of Stars" (1925), was later acclaimed as the best in 20th century astronomy. In it, she argued that the great variation in stellar absorption lines was due to differing amounts of ionization (related to differing temperatures), and not, as was generally supposed, to significant differences in chemical composition. She correctly posited that silicon, carbon, and other common heavy elements seen in the Sun occurred in about the same relative amounts as on Earth but that helium and particularly hydrogen were vastly more abundant (by about a factor of one million in the case of hydrogen). When she sent a draft of her paper to Henry Russell, he replied that such a result was "clearly impossible." Russell had earlier written a paper in which he argued that if the Earth's crust were heated to the temperature of the Sun its spectrum would look the same. Deferring to Russell's stature as an astronomer, Payne added the comment that her results were "almost certainly not real." Within a few years, however, her claim had been fully vindicated.